Denys Serhiichuk
Can altcoins withstand the fall of Bitcoin (BTC)? 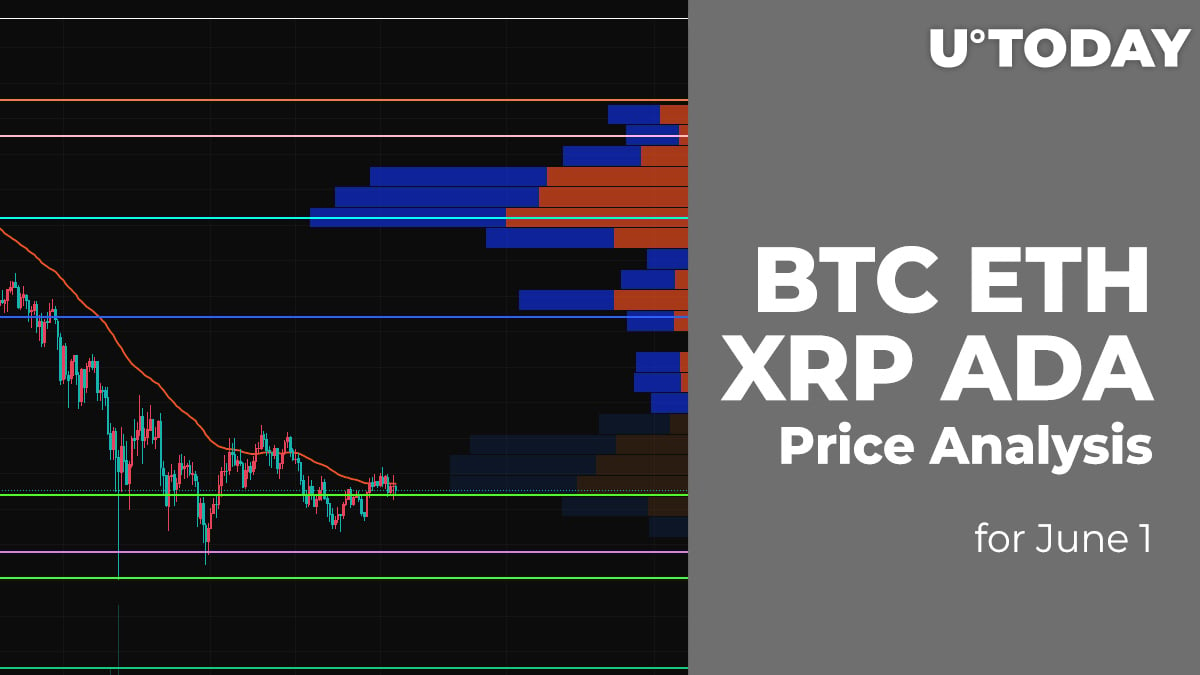 June has begun with the slight growth of the cryptocurrency market as all of the top 10 coins are in the green zone.

Yesterday morning, despite rather modest buying volumes, the BTC/USD pair was able to recover to the area of average prices. In the afternoon, the Bitcoin (BTC) price moved into a narrow consolidation, right at the EMA55 line and, at night, bulls tried to form an impulse to break through the resistance of the $37,150 level.

One failed to significantly increase the volume and, this morning, the price returned to the moving average EMA 55. If during the day buyers cannot find support in the area of ​​average prices, the forecast for a pullback to the psychological level of $30,000 remains relevant.

Sales volumes decreased yesterday morning, and the Ethereum (ETH) price was able to gain a foothold above the POC line ($2,330). In the afternoon, the pair broke through the moving average EMA55, but small buying volumes did not allow the Ether price to test the resistance of $2,800.

The pair's recovery has slowed down this morning, and the price may return to the three-hour EMA55. If the level of average prices does not stop the bears, the pair may roll back to the psychological level of $2,000.

Yesterday in the morning, buyers managed to form a strong enough bullish momentum to break through the resistance of the EMA55 moving average and test the psychological level of $1.00. In the afternoon, buying volumes declined and the XRP price stuck in the sideways right at the $1 mark.

At night, buyers tried to continue the recovery and tested the level of $1.10. However, the growth was not supported by large volumes and, most likely today, the pair will roll back to the area of ​​average prices.

If the three-hour EMA55 stops the decline, then the recovery may continue to the level of $1.20.

The rate of Cardano (ADA) has risen by 2% over the last day.

Cardano (ADA) keeps trading sideways as neither bulls nor bears have seized the initiative. However, on the daily chart, the selling trading volume is going down, which means that bears are losing their power. In this case, one can expect a retest of the resistance at $1.87 soon.