Denys Serhiichuk
Which altcoins can stay stronger than Bitcoin (BTC)? 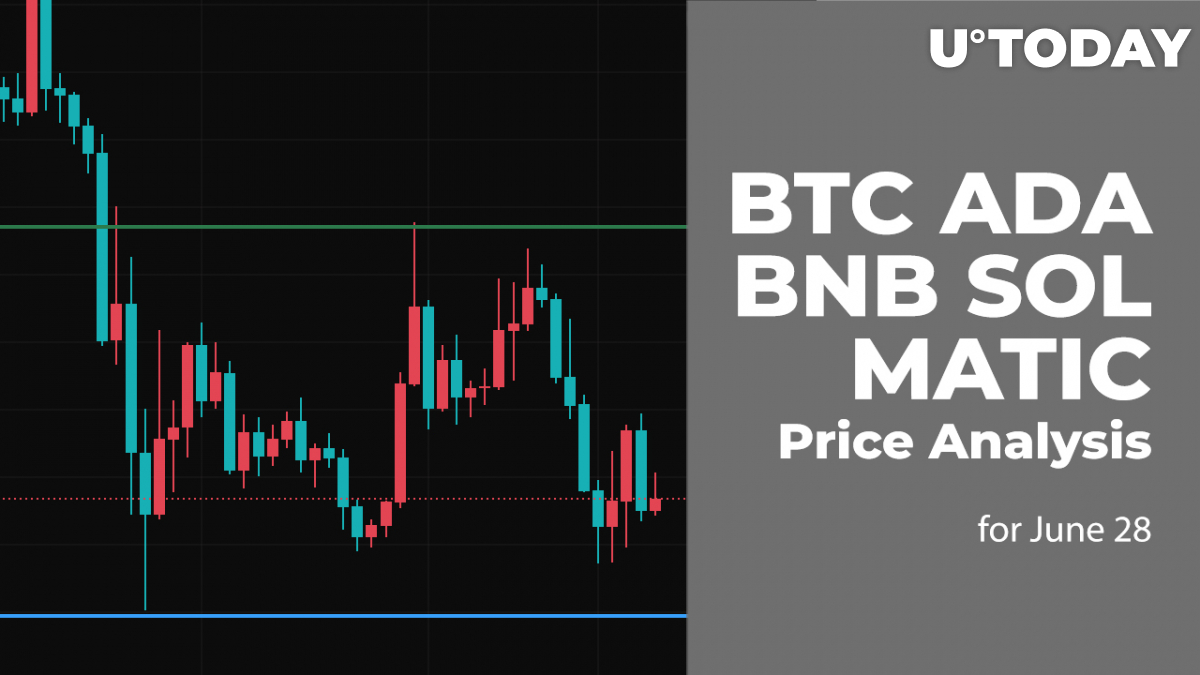 The market has not chosen which direction to go in as some coins are in the red zone, while others are in the green.

Bitcoin (BTC) could not join the list of rising coins, going down by 1.10%.

Bitcoin (BTC) remains trading in a narrow range as it has not accumulated enough energy for a sharp move. Bulls keep fighting for the $21,000 level, which is crucial to hold for a further rise. If they can do that, one can expect the test of the $22,000 zone until mid-June.

Unlike Bitcoin (BTC), Binance Coin (BNB) is rising by 0.63% since yesterday.

After the false breakout of the resistance level at $243.3, the price is about to come back and show bulls' power.

In this regard, if the daily candle closes near the $240 mark, the native exchange coin has a chance to break out, which can lead to the test of $250 soon.

The rate of Cardano (ADA) is almost unchanged since yesterday as neither bulls nor bears are controlling the situation at the moment. Currently, the important mark is $0.50 as its breakout can be a prerequisite for a continued rise. However, it can happen if the volume rises.

Solana (SOL) is also located in the red zone, losing 1.78% of its price share over the previous day.

Despite the fall, Solana (SOL) remains trading in the bullish zone as its rate is above $37.37 that serves the support now. If buyers can hold the price near the important $40 mark, further growth may continue.

MATIC is the biggest loser from the list today, going down by 3.30%.

MATIC is looking worse than SOL as the rate is far away from the resistance level at $0.6310. Respectively, the altcoin needs more time to garner power for a further move. The rise is possible if buyers can return the rate to $0.60.