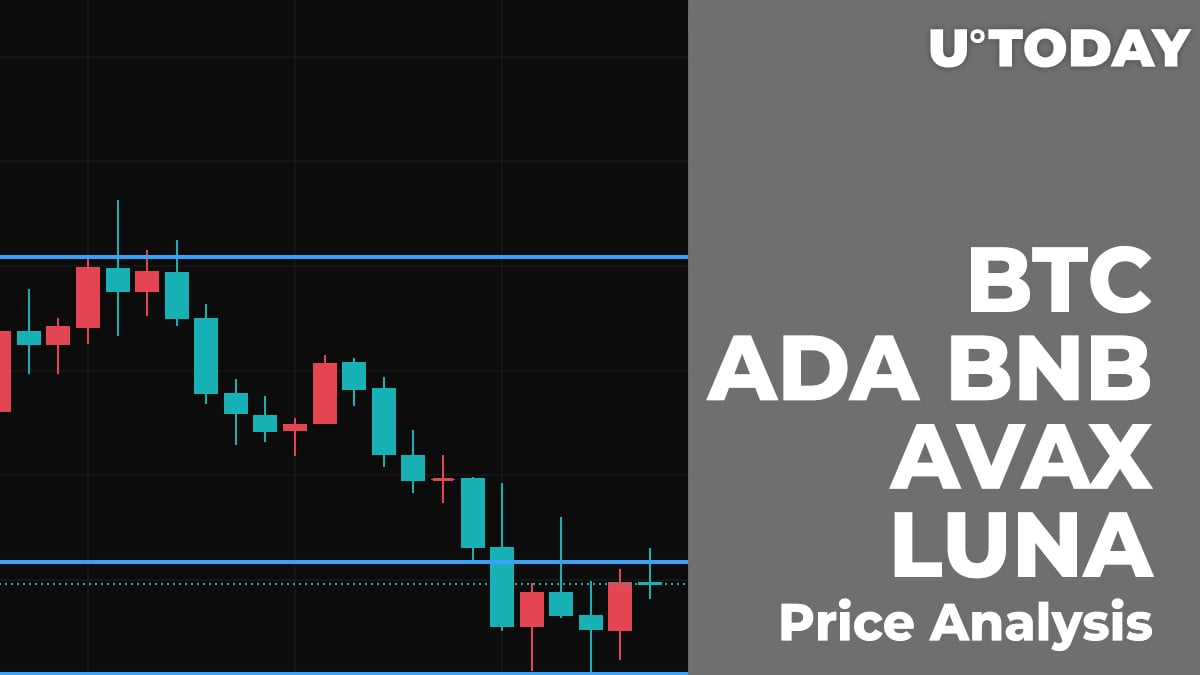 The cryptocurrency market is falling after growth as the majority of the coins are in the red zone.

Bitcoin (BTC) is facing a slight correction, going down by 2.46% over the last 24 hours.

Despite the bulls' attempts to break the resistance at $45,478, the price is decreasing, falling below the $44,000 mark. If buyers cannot seize the initiative by the end of the day, there is a chance to see the rate of the main crypto around $42,000 shortly.

Cardano (ADA) is an even bigger loser than Bitcoin (BTC) as its rate has declined by more than 4%.

From the technical point of view, Cardano (ADA) is also looking worse than BTC as the rate keeps going down after the false breakout of the resistance at $1.

At the moment, the price is located in the middle of the channel between the support at $0.81 and the mentioned resistance. However, if buyers fail to hold the rate above $0.90, the fall may continue to the zone around $0.85.

The rate of Binance Coin (BNB) is almost unchanged since yesterday, and the decline has accounted for only 0.45%.

Binance Coin (BNB) is neither bullish nor bearish as none of the sides have accumulated enough power for a sharp move. However, if the bears' pressure continues, the drop may lead the rate of the native exchange coin below the vital $400 mark.

Avalanche (AVAX) is the biggest loser from the list today as its rate has fallen by 6.15% over the last 24 hours.

Avalanche (AVAX) keeps showing weakness after a failed attempt to fix above the $90 mark. Currently, there are no bullish signals, which means that the fall may continue to the recently formed support level at $64.45 until the end of the week.

LUNA is also not an exception from the rule, declining by almost 3%.

Despite the sharp recent growth, LUNA could not break the $100 resistance so far. If today's daily candle fixes below $90, the drop may lead the price to the support at $86 soon.