Yuri Molchan
The Wikimedia Foundation, which runs Wikipedia, has teamed up with the BitPay crypto payment system to let users donate in Bitcoin and Bitcoin Cash 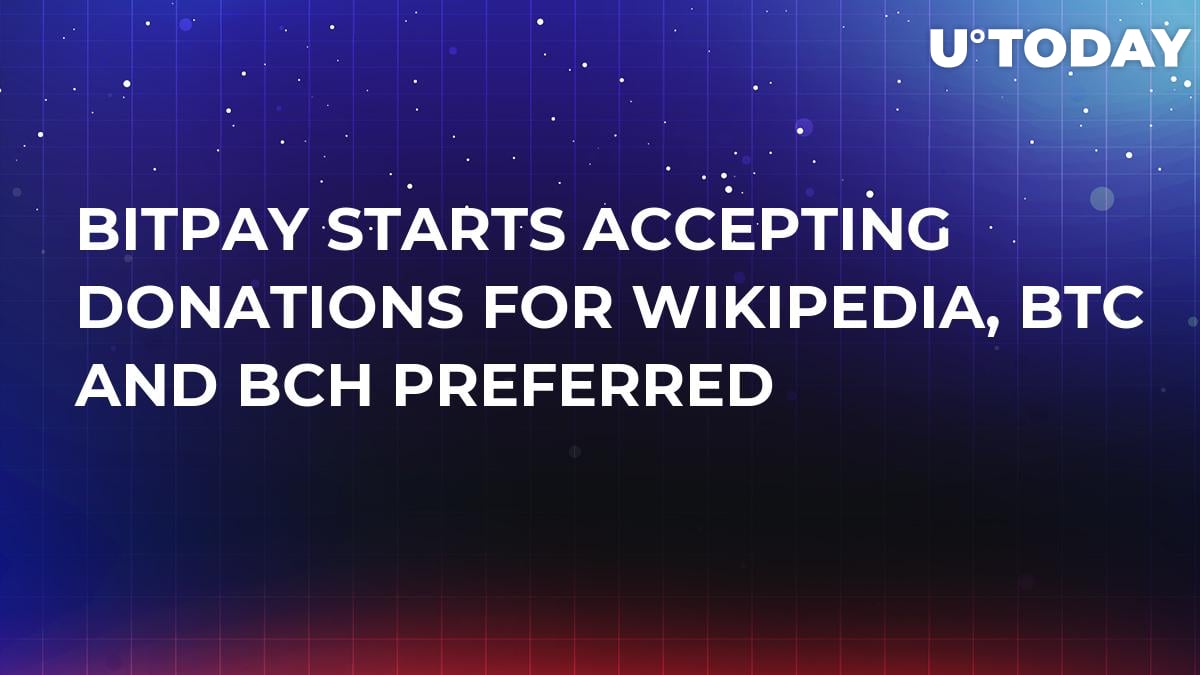 The Wikimedia Foundation is now collaborating with crypto payment platform BitPay in order to accept donations in virtual coins.

Wikipedia gets on a new railway

Usually, Wikipedia asks for donations in fiat currencies – a sum which is enough to buy a cup of coffee. Wikipedia never lets adverts onto its virtual pages, therefore it does not have a regular sources of income, though it stays free of charge for anyone in the world who wants to gain some extra knowledge.

But, considering the fact that traditional payment systems often become not reliable enough, it is becoming hard for the Wikimedia Foundation to collect those donations, leading them to explore the crypto sphere. Thus, donations in Bitcoin and Bitcoin Cash are now welcome.

One of the most famous Wikipedia donors is Pavel Durov, the Russian founder of the Telegram messaging app, which conducted a closed ICO in 2018.

The Wikimedia Foundation runs several other projects apart from Wikipedia, which is known all over the world, and donations are meant for all of them.

The Wikimedia Foundation and crypto

The platform has been taking donations in BTC for a few years already. However, only recently did it decide to change its payment operator to BitPay. This has resulted in the ability also to accept sponsor assistance in Bitcoin Cash.

One of the top managers at the Wikimedia Foundation said that the company’s donors seem keen on crypto coins, so Bitcoin Cash can become the very first step in expanding in this direction.

The foundation accepts donations in numerous countries, so they do their best to provide various payment options for their donors. The choice of Bitcoin and Bitcoin Cash was motivated by the relatively low fees on transactions with these tokens.

The foundation is not the only non-commercial organization that BitPay helps to collect crypto donations for. Over the past few years, people have begun to actively donate in Bitcoin, especially at the end of year, when they can get some taxation benefits.