Bitcoin Price Dips Below $8,000 While Crypto Market Is Expecting Another Volatile Move

Alex Dovbnya
Bitcoin is trading below the pivotal $8,000 level, and that might mean that the storm is coming 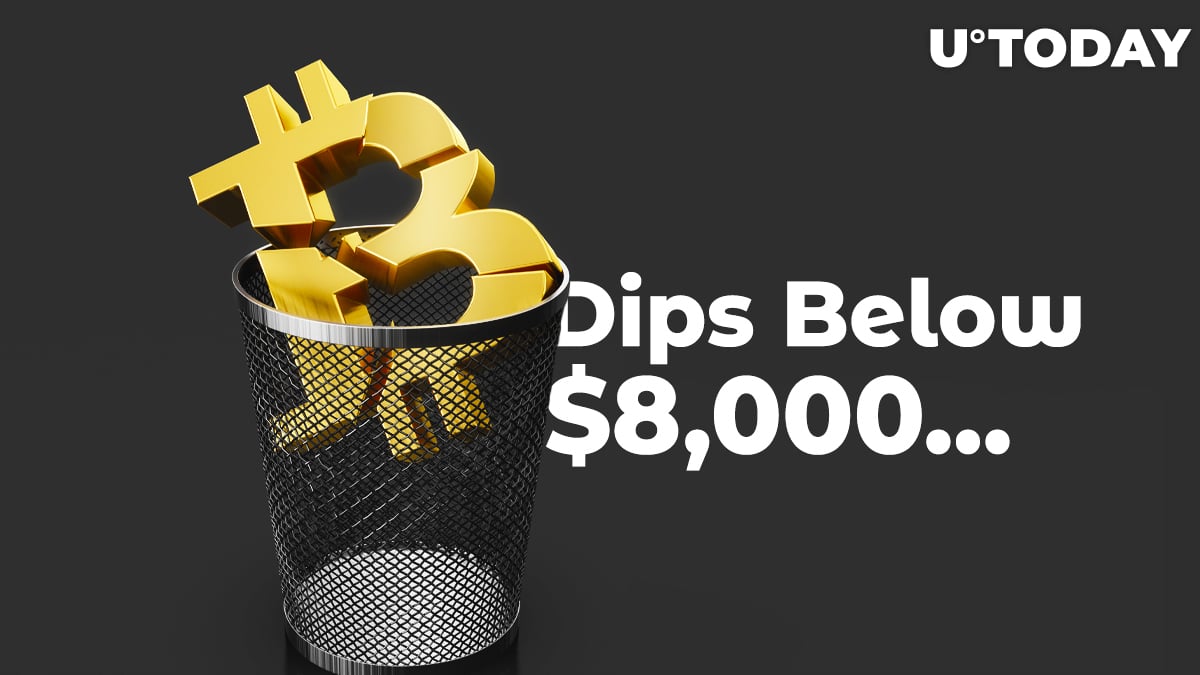 This time around, bulls might be way too exhausted to defend the above-mentioned price level, which could potentially result in another major downward move that bears have been waiting for.

At the time of writing, Bitcoin is trading at $7,946 after a sizeable 3.22 percent drop, CoinStats data shows. Altcoin holders are also feeling the burn -- Ethereum (ETH), the top coin by market capitalization, is currently down by almost 5 percent while Bitcoin Cash (BCH) has plunged by 6 percent.

Despite the gloomy technical picture, cryptocurrency trader 'Galaxy' says that it's too early to call the battle.

Meanwhile, Josh Rager hopes to accumulate more at the $3,000 level in case of another major price drop.

I don't ask for much

Related
Russia and China Are Buying Gold, Not Bitcoin: Gabelli Analyst
Bitcoin has been going back and forth within the same price range for nearly a month with a few notable fakeouts. It doesn't take a trading guru to predict that the top coin might experience another volatile move in a matter of days given that the Bollinger Bands, a key technical indicator for measuring volatility has been extremely tight as of recently.

Trader "The Crypto Dog" says that he's surprised that anyone is still able to buy BTC at $9,000. Meanwhile, famous gold proponent Peter Schiff insists that the orange coin is way too expensive, and its price might drop to as low as $200.

What will be Bitcoin's next move? Share your take in the comments!