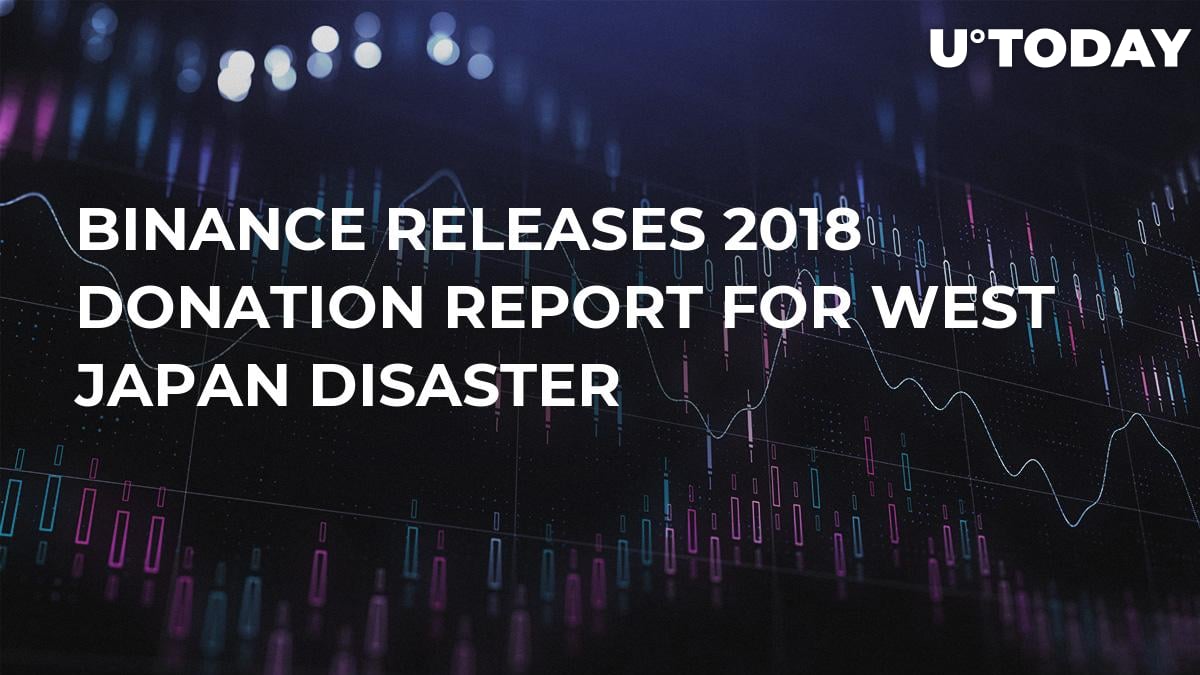 This year, the Blockchain Charity Foundation set up by the Binance crypto exchange took part in collecting donations for the victims of heavy rains that fell in the South-West of Japan in mid-summer. The event caused enormous floods and flows of mud in the area. 225 people were found dead across 15 regions.

13 people went missing. Almost 20,000 houses were heavily damaged. This is the largest flood since 1982 when a similar natural disaster took place in Nagasaki, taking almost 300 lives.

Results of the work

In early July, Binance urged the crypto community to help the victims of the flood and remedy the aftermath of the disaster.

Responses apparently were generous because the Blockchain Charity Foundation managed to raise around $410,000. Even more donations came in crypto from various sources. All in all, people and businesses sent in around $1,410,000 in various ERC20 tokens.

Having found four suitable social and governmental agencies in Japan, by mid-October Binance managed to hand over about 63.03 BTC or 169.85 ETH in JPY to support the victims of the flood. Thus, over 41,000 in people of three prefectures got medicine, shelter, etc.

The full report can be read here.

As U.Today reported recently, Binance has set up the aforementioned Blockchain Charity Foundation to utilize Blockchain in the new area that concerns ordinary users much more than just crypto trading. What is more, the exchange has stated that all listing fees from now on will be donated to charities. 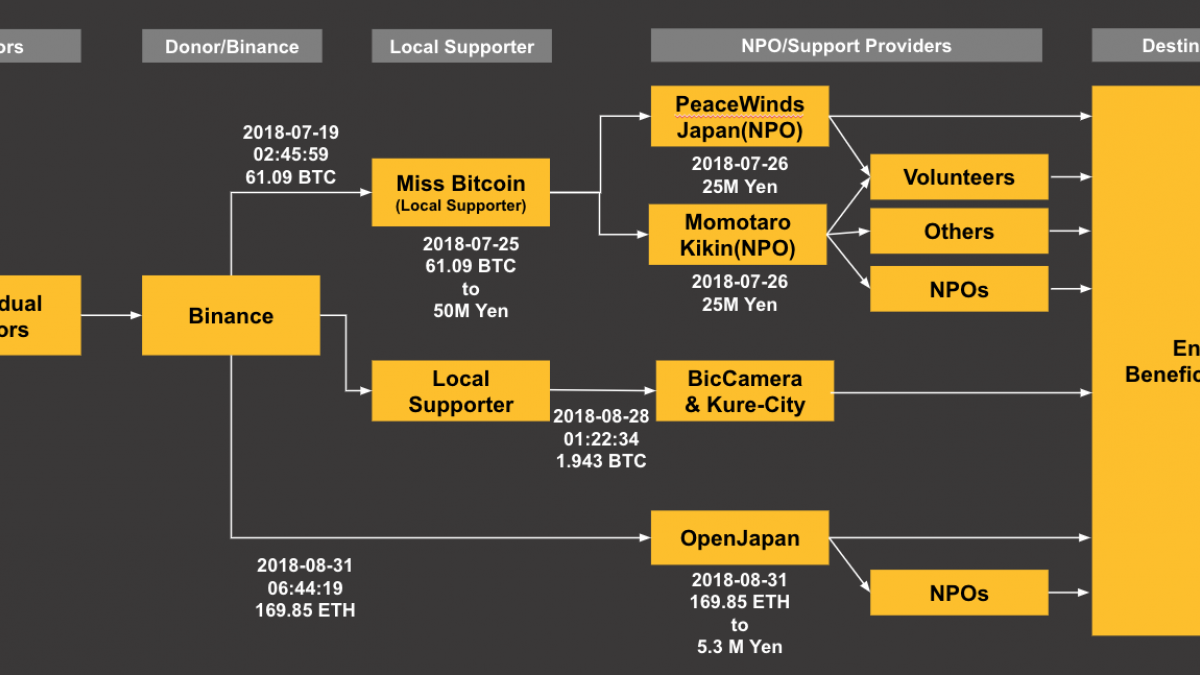