Thomas Hughes
This is evidenced by increasing competition among the world’s top exchanges and a recent change in Coinbase referral program. 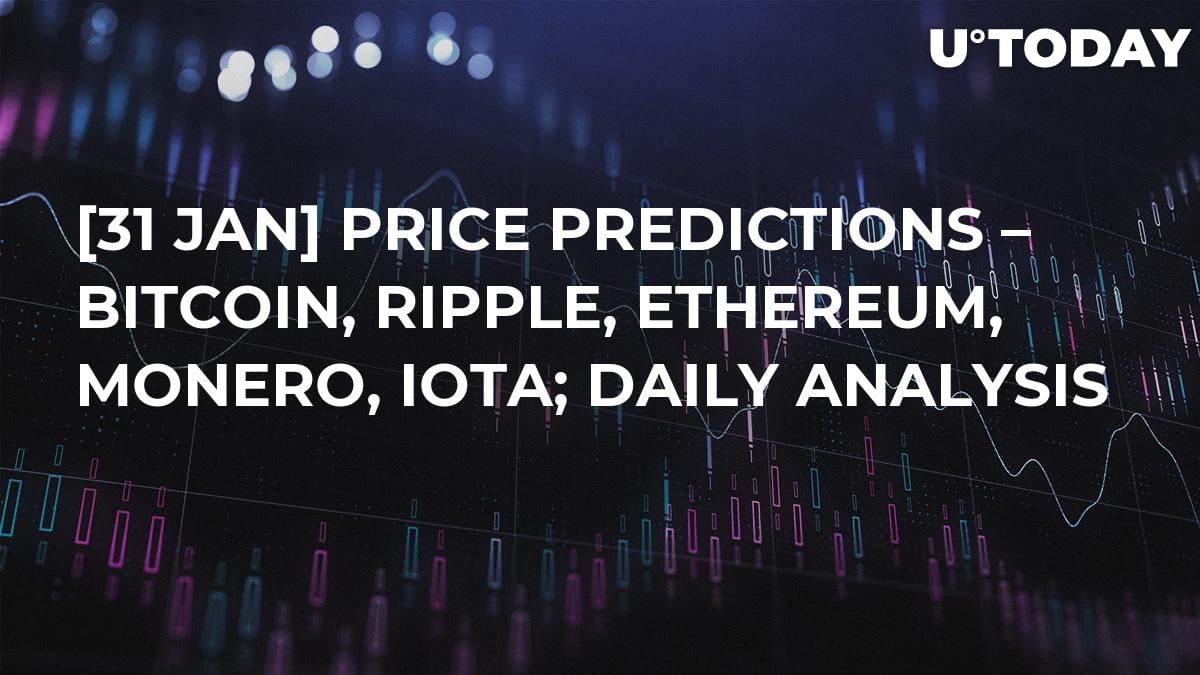 The cryptocurrency market may be down but it’s not out. The total market cap of cryptocurrencies has fallen sharply over the last year, but the number of users continues to grow. This is evidenced by increasing competition among the world’s top exchanges and a recent change in Coinbase referral program.

Coinbase is following in the steps of exchanges like Kucoin and Binance by offering a program where its members can earn the trading commission of new clients they refer. Approved referrals will pay three months of trading fees and up to 50% of Coinbase trading revenue, not bad at all.

The price of BTC/USD continues to wallow near the $3,400 level and looks like it could drift lower. There has been little in the way of bullish activity in the last few weeks and nothing to drive it until something major changes in respect to public acceptance and regulation.

The price remains below its moving average and in downtrend, so a move lower is very likely. The stochastic and MACD are both bearish which confirms this outlook with one warning. Both indicators suggest the bear market is all but dead so any move lower that may develop could do one of two things; move sharply lower on a total lack of support or bounce sharply higher when support steps in to scoop this phenomenal value. 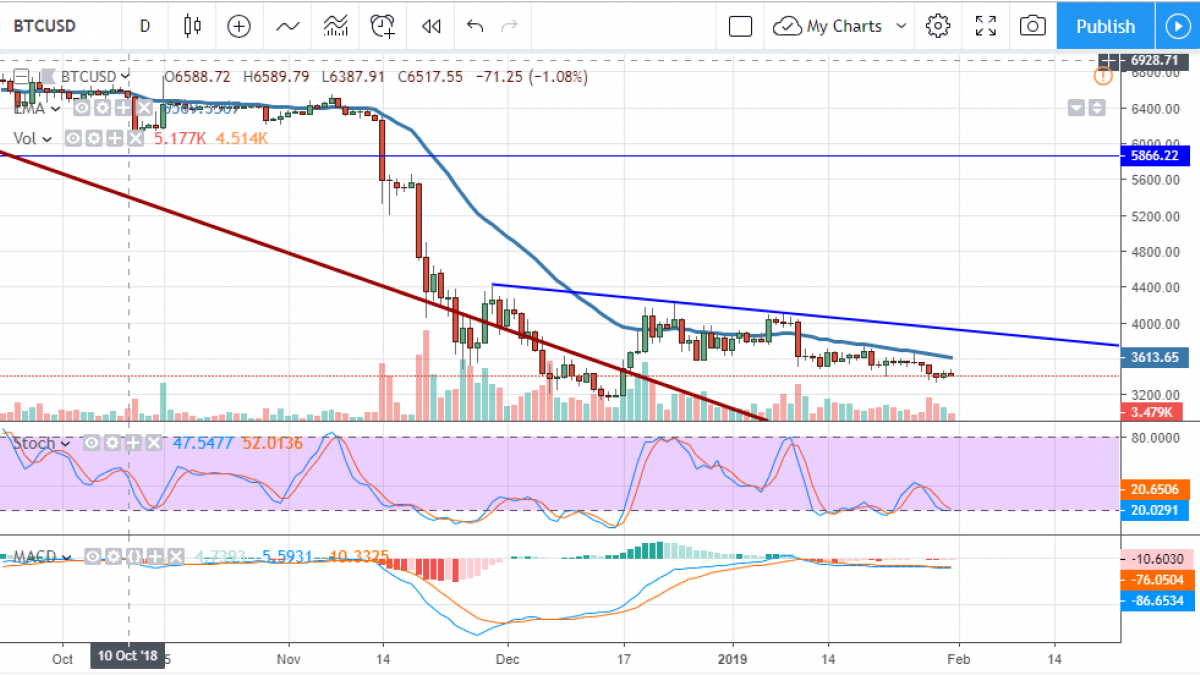 The XRP/USD fell in overnight trading and shows some resistance at the short-term moving average. The pair may fall from this level but if it does it will be a buying opportunity. The pair is exhibiting signs of a bottom just below today’s close, near the 0.2830 level, and the indicators both support this view. Now that XRP is moving up off the long-term support level we can expect to see it drift higher in the near-term. A move above 0.3500 would be bullish and could take the token up to $0.40 and $0.45 in the next few weeks. 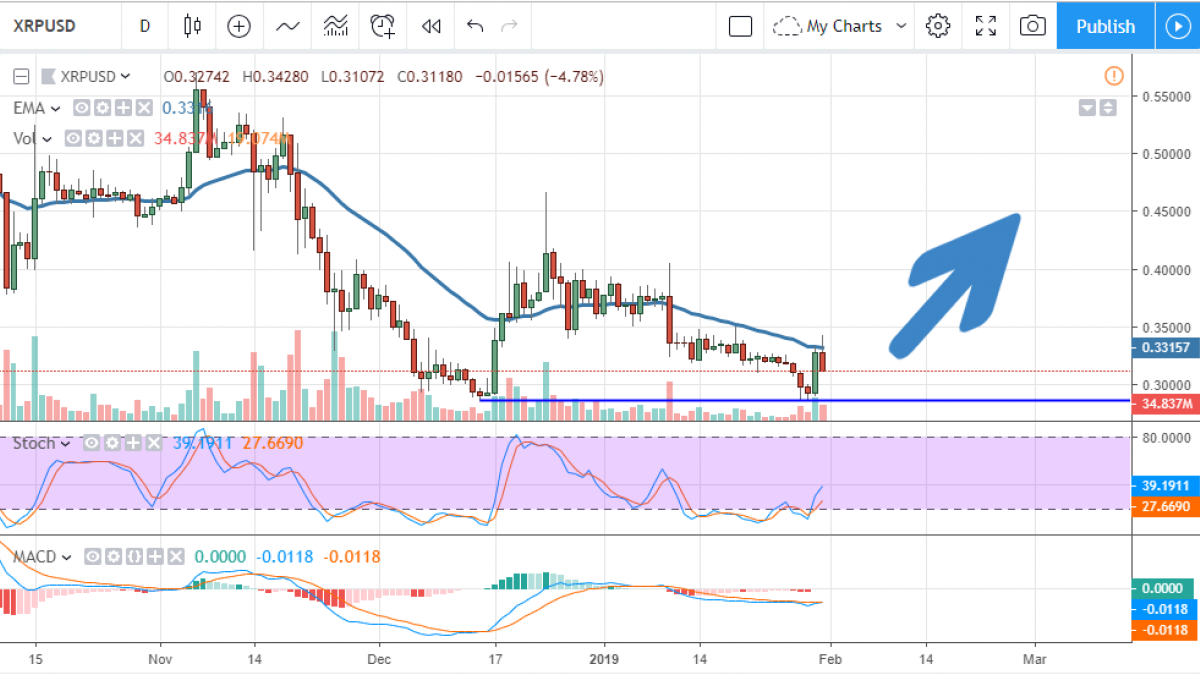 The future of Ethereum is highly questionable after the delay of Constantinople and the rise of so many competitors. The token is trading sideways within a very large and loose range with more chance of moving lower than higher, and I say this as a proponent of the coin. If prices move lower from here the first target for support is near $100, a fall below that would be bearish and could take ETH/USD down to retest the $80 level. 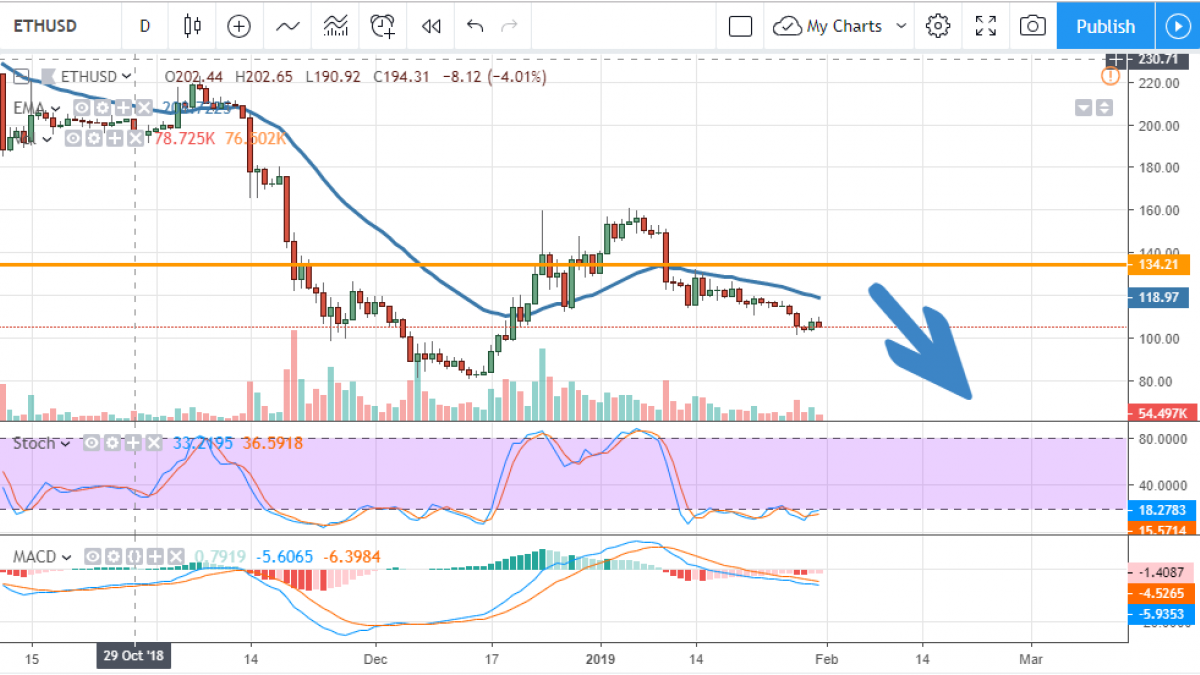 Monero is wallowing near a long-term low versus the dollar and sitting below resistance at the short-term moving average. If the token is not able to move above the EMA in the next few days, up to a week, I would expect to see it experience another decline. A move lower may find support at the $39.50 level, a move below that would be very bearish. 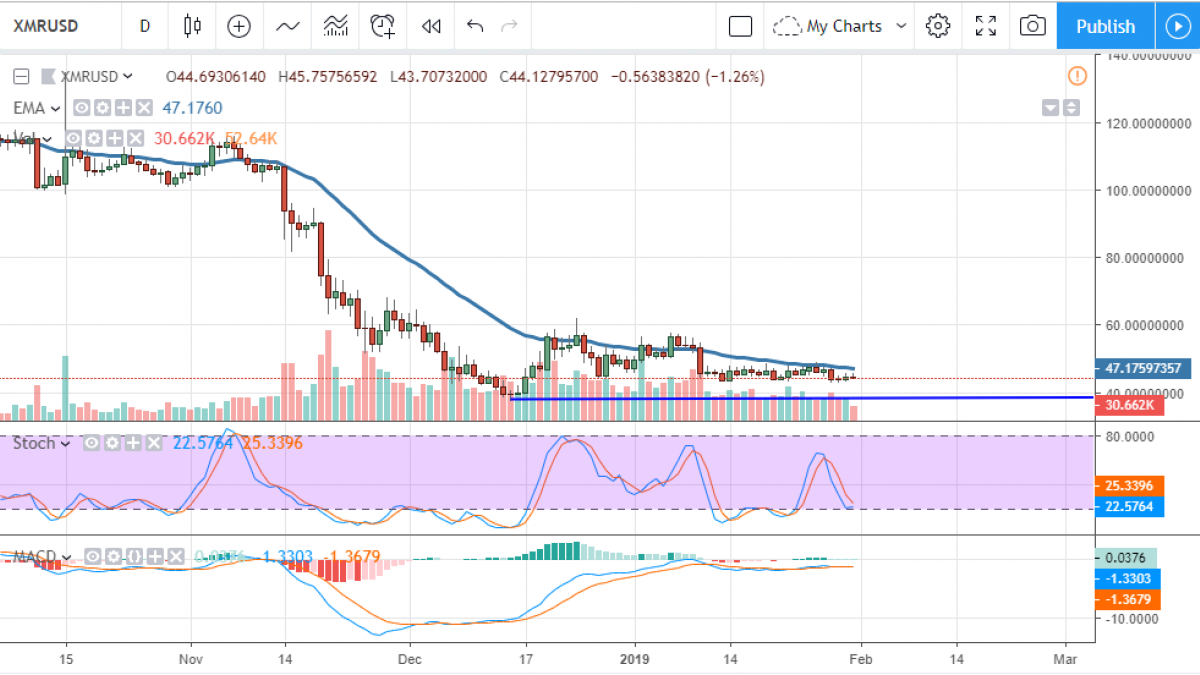 Iota may be finding a bottom at the $0.25 level but that is not certain. The token seems to be retesting for support after a major bounce from the $0.2150 level late last year. The indicators are bearish and suggest support is or will be tested, the caveat is that they are consistent with rising support within and possibly at the end of a downtrend. If the token is able to consolidate at the $0.25 level and move higher, I would expect to see it move up to test the $0.30, $0.35, and $0.40 levels over the next few months. 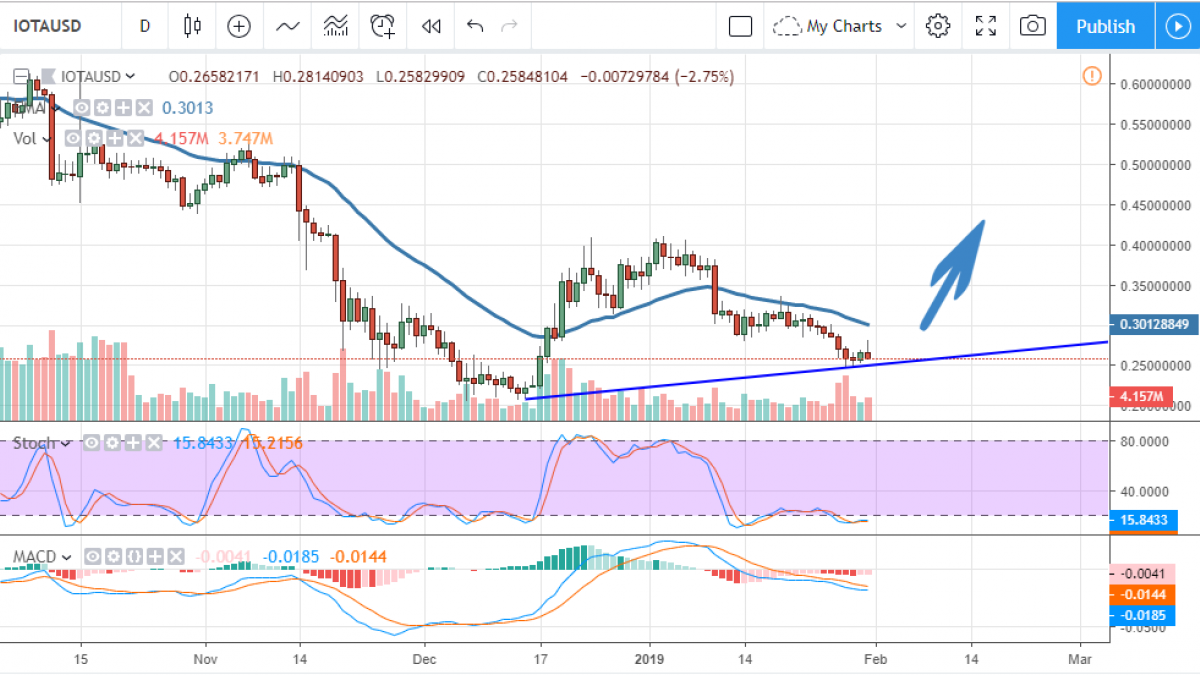