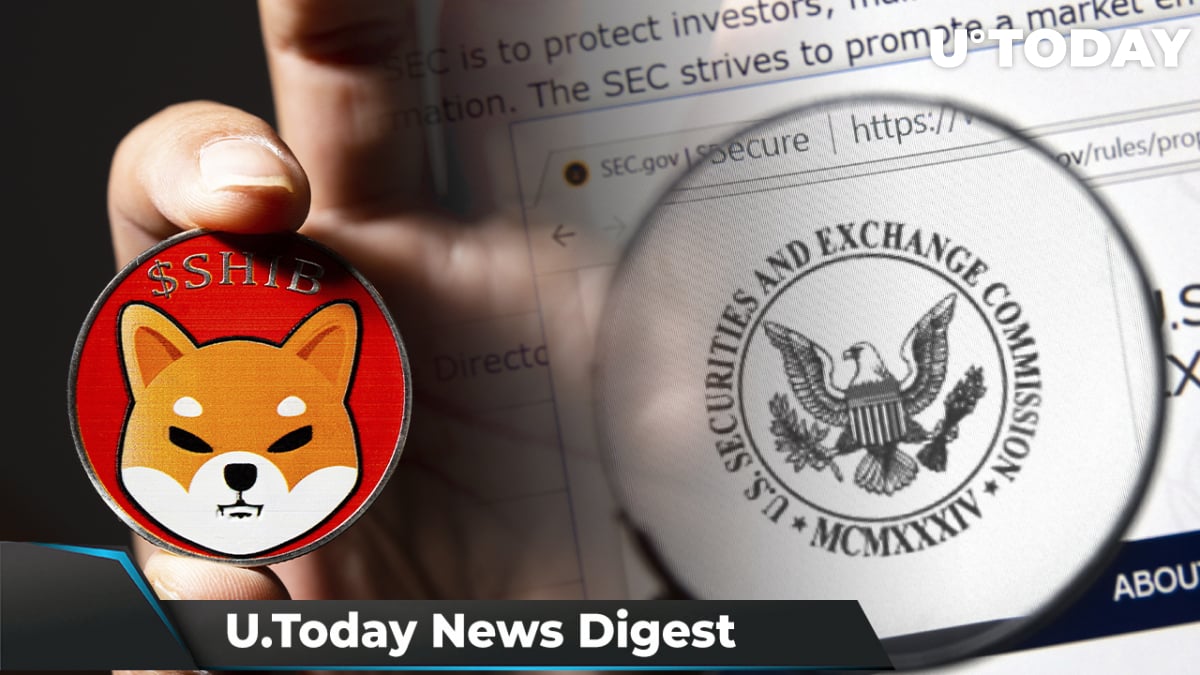 Take a look at what happened in the crypto industry over the weekend with U.Today’s top four news stories.

Shiba Inu holders continue showing support for the recently introduced burn portal, wishing to boost their tokens’ price. In the first 24 hours after its launch, a whopping eight billion tokens have been incinerated. Since then, this figure has more than doubled. According to a report released on Saturday, meme token holders have destroyed more than 20 billion SHIB tokens.

According to Solana Labs’ head of communications Austin Federa, on Sunday, Solana suffered seven hours of downtime after its mainnet bet fell out of consensus. The reason behind the “Ethereum killer’s” outage was an “enormous” number of inbound transactions clogging up the network; it struggled to process a record-breaking 100 gigabits of data per second. This is not the first time Solana has experienced a technical hiccup. In January, the fledgling network suffered as many as six outages.

In his Saturday tweet, corporate defense lawyer James K. Filan shared that the SEC submitted a letter motion to keep the Hinman emails private from Ripple and the judge, citing attorney-client privilege. According to the regulator, in these emails, SEC attorneys consulted Director Hinman on laws related to securities, so in this case, he is considered their customer. Additionally, SEC lawyers have asked for permission to retain two additional comments in Hinman’s speech draft that were addressed earlier in April.

Experts at Bankless, one of the most insightful podcasts on blockchain, crypto and Web3, shared some numbers from its State of Ethereum Q1, 2022, report. First, in comparison to Q1, 2021, the aggregated network hashrate and staked Ethereum amount both increased by 111%. Second, Ethereum network participants raised $2.48 billion in fees compared to $1.7 billion one year ago. Third, the total volume of assets locked (TVL) across Ethereum-based Layer 2 solutions increased by 964%. Fourth, and the most impressive piece of data: net trading volume spiked more than 19,200%, from $0.6 billion to $116 billion.