Cryptocurrency Markets Continue to Slide After Correction, Ripple Feels It the Worst

Darryn Pollock
The market’s correction continues as more red numbers are noticed in the majority of the top 100 cryptocurrencies; Ripple suffering the biggest losses 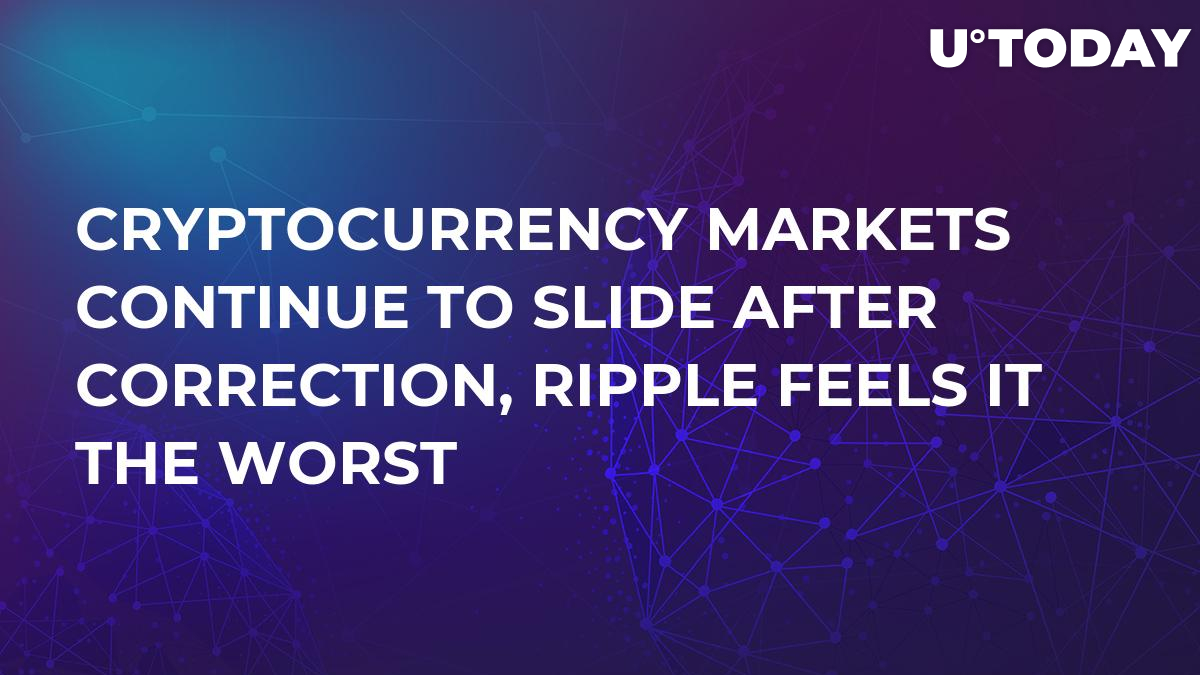 After peaking and falling into a correction from about six days of decent growth across the cryptocurrency markets, the slide into the red has continued with the top 10 coins losing between three and 16 percent.

The correction in the market was always expected after Bitcoin hit a high of $6,800 towards the back end of last week. However, the major cryptocurrency has slipped down towards $6,400 as it has lost a further three percent after starting to descend at the beginning of the week.

However, while the correction is affecting almost every top 100 coin, it is Ripple which is feeling the biggest fall- but it was also the coin that made the biggest rise. XRP is down nearly 16 percent since yesterday but is still up from its initial rise.

With Bitcoin only shedding a few percent, and a couple hundred dollars, it is not a major fall, but it is extended and is driving other prices down too.

Ethereum is down nearly 10 percent having regained the second spot in terms of market cap from Ripple which usurped it only briefly in its own rise in price. Ethereum reached a high of $250 last week but has fallen back down to $210, but still remains above the vital $200 mark.

Other coins seeing a big loss today in this continued market slide include EOS and Stellar with the former dropping nine percent and the latter eight. Cardano is also down nine percent.

The boom in Ripple’s price was predicated on the upcoming product called xRapid which is supposed to be a big step in the currency's main goal of being a banking digital currency. However, with that big price rise has come a price fall, but at least not as big as the rally.