Darryn Pollock
After some favorable growth last week, markets have taken a bit of a breather with a number of coins seeing a sizable correction 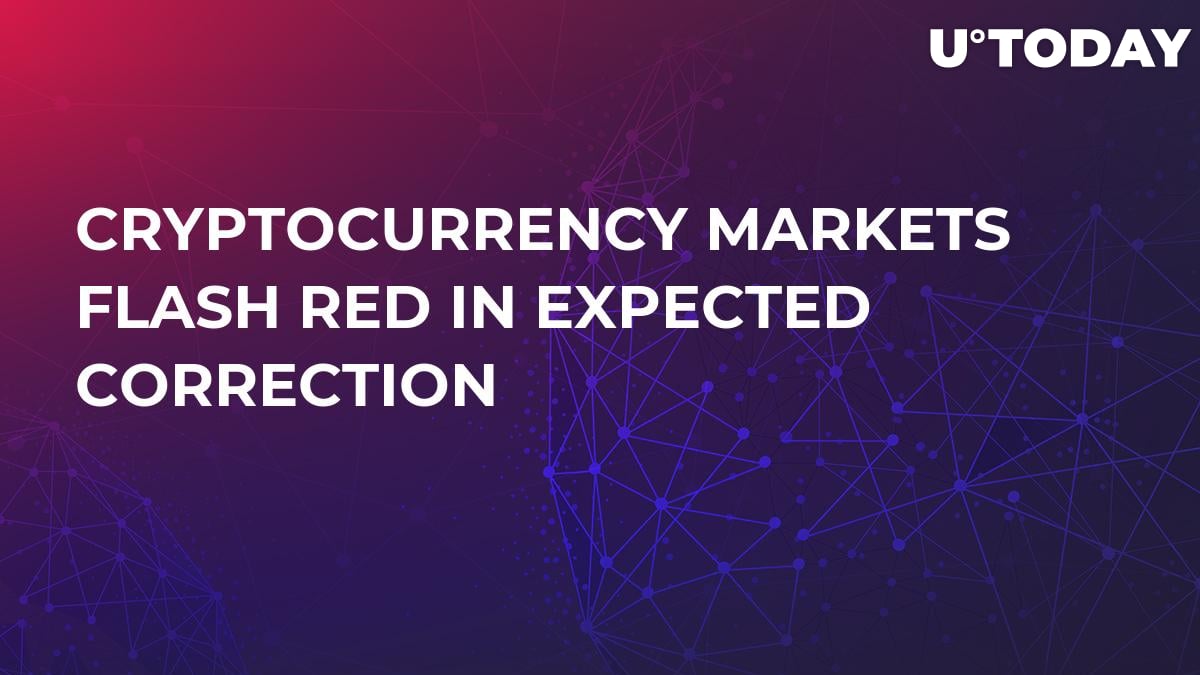 The last week has been a pretty positive one across the entire cryptocurrency market. Bitcoin’s price rose $6,800 and the markets gained upwards of $34 bln to their market cap. However, as is often the case, following a bout of growth, there comes a correction, and as this week kicks off, so has the correction.

Most coins are showing red numbers since yesterday, with some losing almost 10 percent from the top 20 coins. Bitcoin itself has only fallen about two percent but is now down to $6,800 with the likes of Mike Novogratz suggesting that $6,800 is a key support number for it.

The red numbers being seen at the start of this week may be ranging from a few percent to 10 percent for some of the bigger coins, but really, this was to be expected after a good week of solid gains.

Coming off the back of a big spike for Ripple, the rest of the market followed in its market confidence and was buoyed up. Now, there is some stocktaking going on as the rally takes a small breather.

This has also seen the volume of most of the upper cryptocurrencies come down too, with Bitcoin falling back towards $4 bln having been up at around $6.7 bln at one point in the week.

Ripple is now down almost eight percent but is still holding about 50 percent gains from the past week. It’s price crossed $0.60 on Friday, but retracted to around $0.55 and has now fallen to $0.51.

Despite a market-wide correction, a few coins can boast green numbers, namely Bytecoin, Waves, Reddcoin and Siacoin. The first of this list is up almost nine percent and has also been rising steadily all week, and now into this week.

On the other hand, the biggest loss over the last 24 hours belongs to Electroneum, which is down nearly 20 percent, but this can still be considered nothing more than a correction having hit a peak over the last seven days.

The next few days will be key for the cryptocurrency market, especially Bitcoin, as it looks to try and reach and hold a new support level of $6,800. Should the market continue to gain this week, it is likely that there will be a new foothold for the market to grow from.