Yuri Molchan
After the recent VeChain hack and the loss of 1.1 bln VET, the company’s CEO Sunny Lu intends to address the community live on his Twitter page 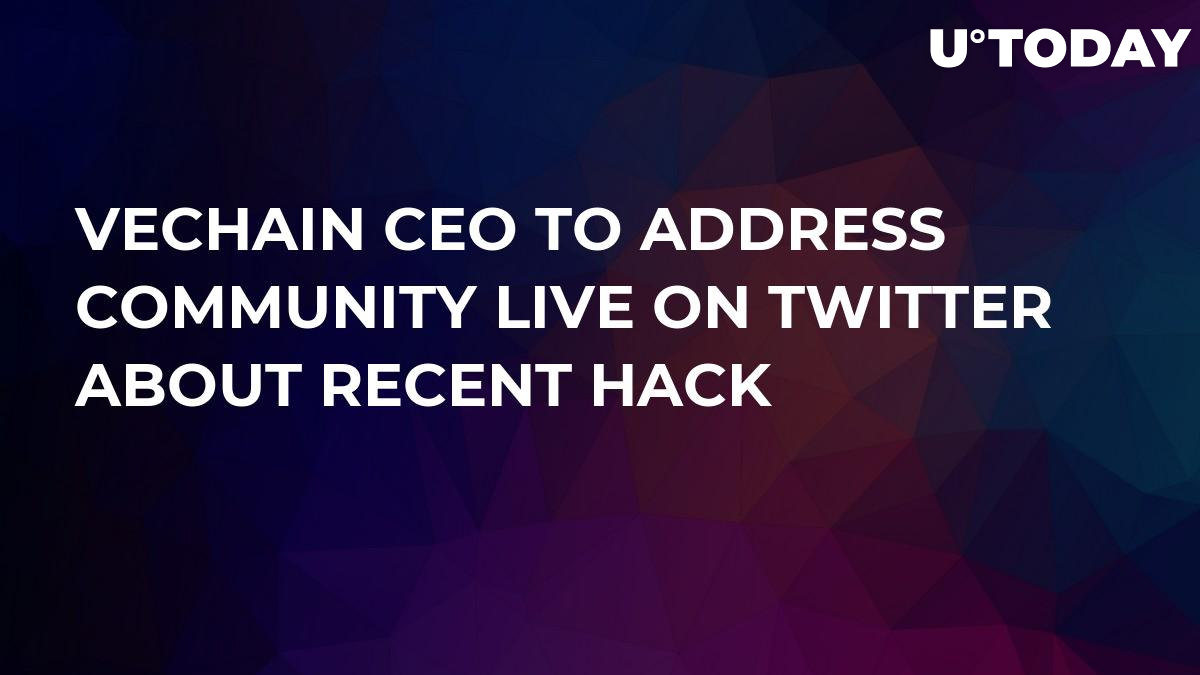 On Friday, VeChain made an announcement, saying that at 8.30 Beijing Time, 1.1 bln VET coins was stolen and transferred to the hacker’s address. As the reason for the incident, VeChain referred to human error and VeChain staff members mismanaging the private key.

“After a responsive investigation, the incident was caused by the fact that the private key of buyback address was stolen during the wallet creation process due to the negligence of the staff member.”

The VeChain mainnet and the company’s official mobile wallet were not damaged or compromised, the statement says.

Related
Hackers Keep Moving Ethereum They Got on Upbit - $37.5 mln in ETH Transferred

The VeChain account writes that the company’s CEO Sunny Lu intends to talk to the community live at 10 p.m. (UTC+8) on his personal Twitter account on Saturday, December 14.

In lieu of recent events, VeChain CEO Sunny Lu will be live on his twitter @sunshinelu24 at 10pm (UTC+8) tonight to address the community.

In the comment thread, community members thank Sunny Lu for this move, saying that after the hack this measure is important and many would love to hear what the CEO has to say.

After the hack, the VeChain token VET has recorded a decline of nearly 10 percent.