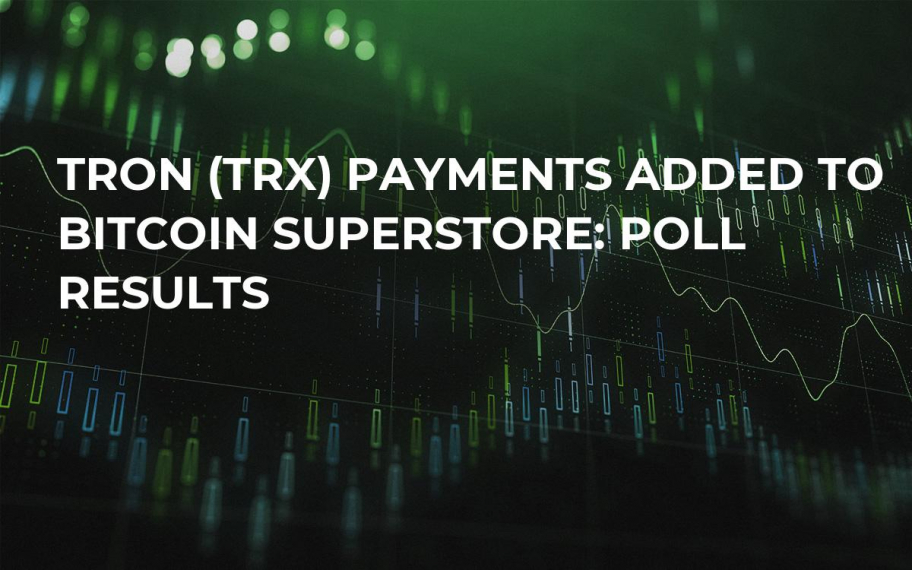 Bitcoin Superstore allows buying from 200,000 stores online, including Amazon, Google Express, etc. It offers payments in several crypto coins, TRX is included in this list now, following the results of an online poll.

You voted, and we listened!

Customers can now buy from nearly any online retailer with #TRON! What does the #cryptocommunity think of our addition? #Tronix #Tronics #TRX $TRX @Tronfoundation @justinsuntron @TronNews_ pic.twitter.com/XDLCECRrcx

TRX getting to a bigger venue

After launching the mainnet along with the token migration, Justin Sun, the CEO and TRON’s team have been making a lot of attempts to promote their coin and get it to be adopted by masses. Their persistence seems surprising compared to other coins and the TRON team looks the most active, aside from Ripple, perhaps.

Besides, the team is also struggling to get TRX to be number 10 on the list of top 10 crypto coins and start climbing higher.

Also, recently TRON released its own TronWallet app and announced “Atlas”– a project with BitTorrent, which had been expected by the community for a long while.

The Bitcoin Superstore listing also counts and it will, most probably, give TRX even bigger attention and opportunities for use than before.

Recently, this online store has also included XRP to its payment options. Among other coins that it works with are Bitcoin, Ethereum, Litecoin, etc, seven all in all, now that TRX has been added.