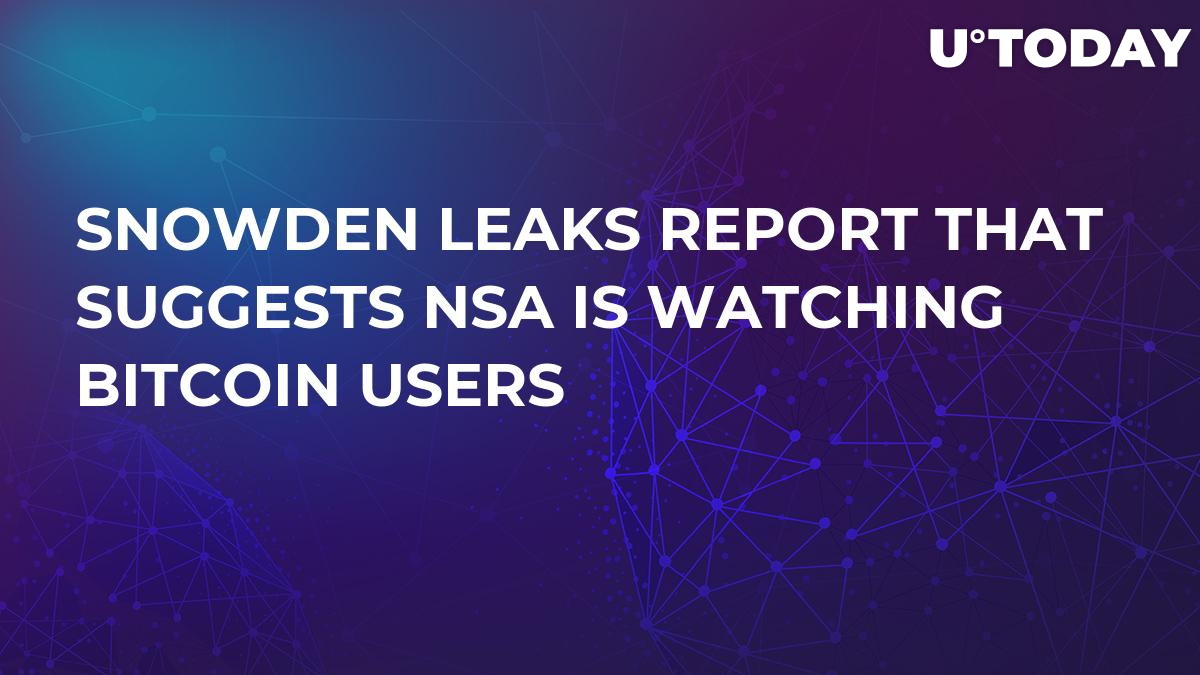 According to a leak by famed whistleblower Edward Snowden, the NSA is reportedly monitoring the Bitcoin Blockchain with an eye on identifying users on the distributed network.

Snowden suggested that Bitcoin surveillance remains a top priority for the NSA and further hint that the agency’s agenda may go beyond just tracking the ledger, with the agency actively analyzing global internet traffic and scraping software to undermine the pseudonymity of users.

According to the report, the NSA has been monitoring the internet activities of Bitcoin users since 2013 through a program with codename as OAKSTAR. And yet the new leak suggested that with MONKEYROCKET, another sub-program under OAKSTAR, the NSA may be moving closer to pinpoint users who initiate a cryptocurrency transaction.