Alex Dovbnya
Armed with Ripple's high-profile advisers, XRP is the coin that is too big for jail, according to Messari 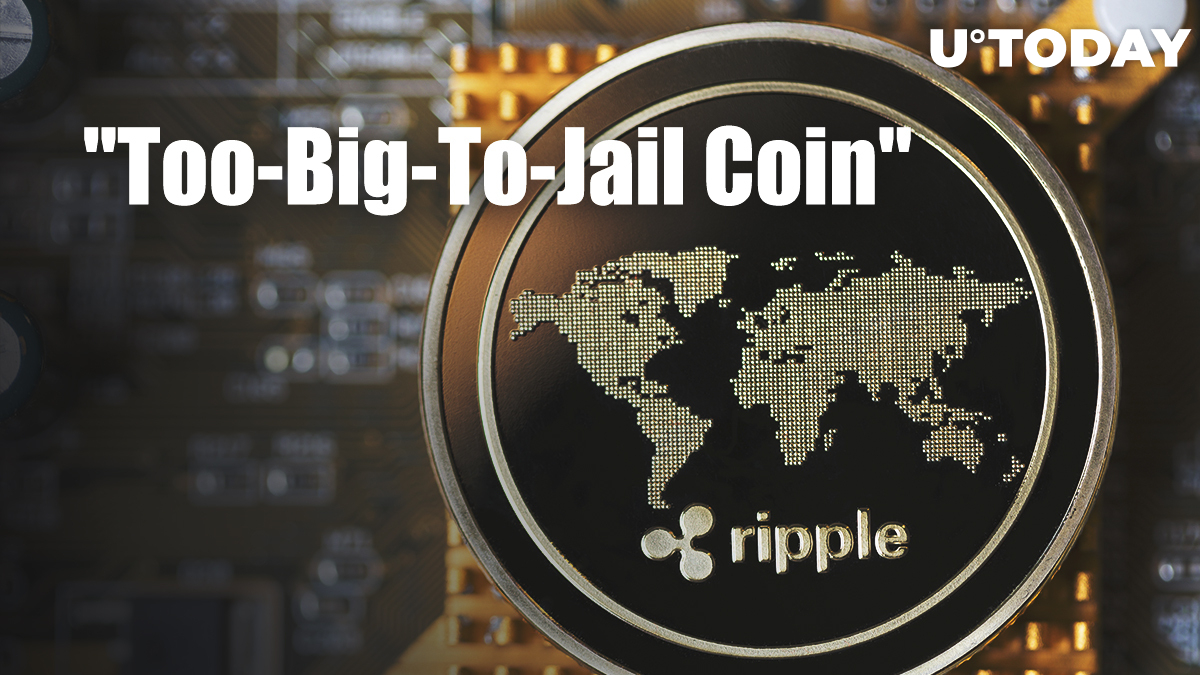 In its recent blog post "20 Bits of Investment Advice," Ryan Selkis, the CEO of data provider Messari took a jab at Ripple's XRP by name-calling it a "too-big-too-jail" coin. His skeptical view of the leading cryptocurrency remains unchanged since the previous year.

Somehow it always stays there

On a positive note, Selkis did mention that XRP had an "amazing staying power." However, he's not certain whether the token will be able to withstand competition from stablecoins issued by institutions and central banks.

However, with plenty of funds in its coffers, Ripple will be able to continue building its ecosystem. Messari's "Crypto Theses for 2020" calls attention to how the blockchain juggernaut is now shying away from acquiring real-life businesses.

"Ripple, Tron, Block.One, and Tezos have serious capital to deploy (more than almost all of the crypto funds) and have not been shy about their investing pace in complementary crypto and legacy businesses"

As reported by U.Today, Ripple invested a whopping $50 mln in its old-school rival MoneyGram to increase the adoption of XRP.

Too big to jail?

XRP is one of the most controversial cryptocurrencies in the crypto space since it is deemed to be extremely centralized. Ripple created 100 bln tokens and gifted 80 percent of them to Ripple Labs. The company's founders (Chris Larson, Jed McCaleb, Arthus Britto) were the ones who hoarded the largest amount of XRP.

There is also an ongoing lawsuit over XRP's status as a security. If the token is recognized as one, Ripple would have to follow SEC regulations. Moreover, the company could be slapped with a huge fine for selling an unregistered security.

However, Selkis doesn't think that the SEC will be able to come up with a case against XRP.

"If the SEC was willing to settle for a mere $24 million with Block.One over their year long $4 billion EOS crowdsale, then I don’t think we should expect to see a case against Ripple, whose advisory ranks are best in the industry (ex-regulators Mary Jo White (SEC), Ben Lawsky (NYDFS), Gene Sperling (White House) are advisors or directors)."

Is XRP a security? Feel free to leave your comment!