Alex Dovbnya
Notably, Ripple, which employees are praising for having a clear sense of mission, is the only crypto-oriented company on the list 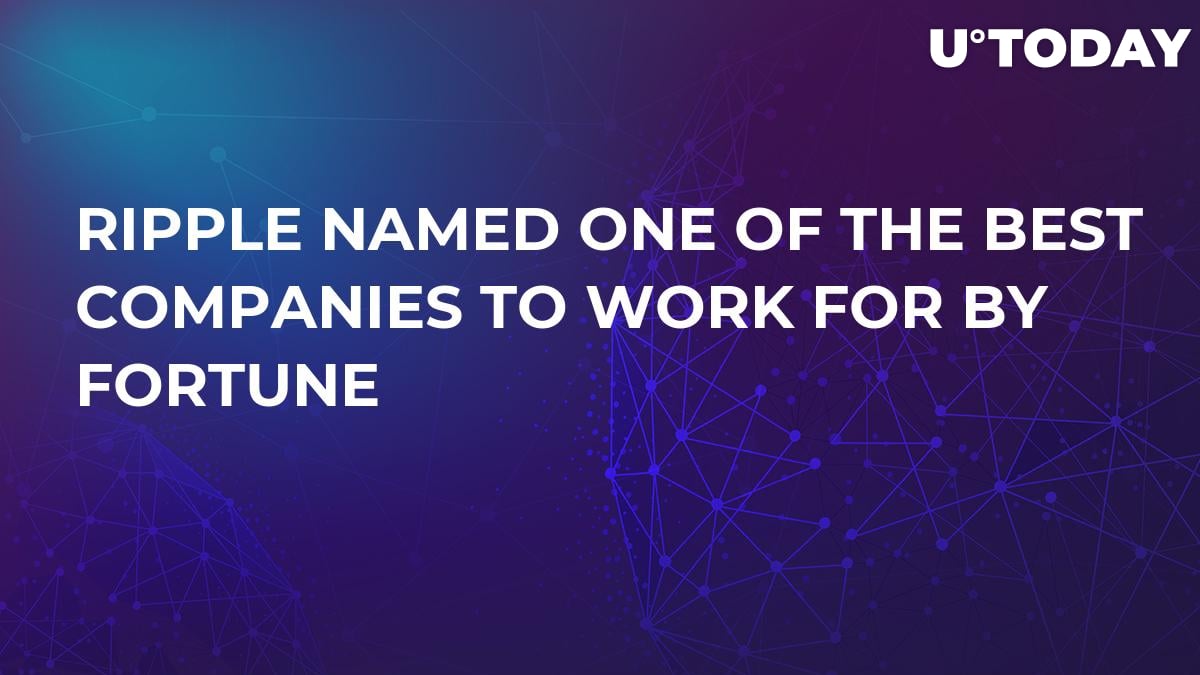 Ripple, the San Francisco-based Blockchain startup, has been named one of the best workplaces in the Bay Area by Fortune. Overall, the year’s list features 70 companies with plenty of tech startups among them.

Ripple, the company that strives to revolutionize the way cross-border payments are conducted, occupies 17th place among small and medium companies. One of the employees claims that everyone in the company ‘has a clear sense of mission’, and that becomes clear from the get-go. Overall, 91 percent of employees are certain that Ripple is a great place to work. Ripple’s team manager Jim Chauncey-Kelly is responsible for hiring new people (he constantly posts open job offers on Twitter).

As U.Today reported earlier, Ripple’s Chris Larsen made an appearance on the Forbes 400 list last year with a net worth of $2.1 bln.

Joining the likes of Hilton

In order to determine the best companies in the Bay Area, Ripple teamed up with Great Place to Work®, the analytics firm that focuses on employer attractiveness. More than 30,000 employees had to answer 60 questions that pertain to their working experience at a certain workplace. Each company that appears on the survey has to meet a set of standards, which includes a sufficient Bay Area presence.

Hilton and Kimpton Hotels & Restaurants have been crowned as the best Bay Area companies. Meanwhile, Cisco, Nvidia, and Adobe are among the biggest names in the tech world that also made the cut.