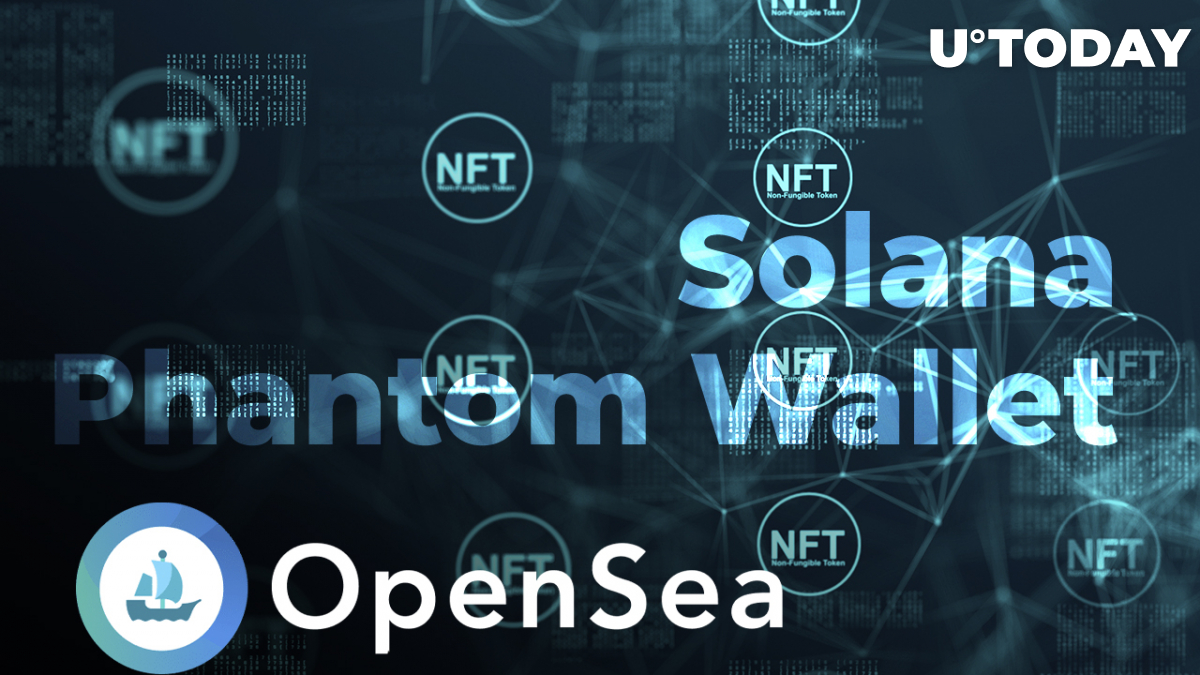 The integration of the new network on OpenSea was most likely found by the reverse engineering of the platform that allowed Wong to discover the hidden wallet connect feature that will allow users to connect to the platform with Phantom.

OpenSea is working on Solana integration, as well as @Phantom wallet support pic.twitter.com/ZEefshKSY1

Users on the marketplace mainly use Ethereum for both selling and buying non-fungible tokens. But due to the increased load on the network and increased fees, Ethereum's popularity as the main NFT network dropped significantly since the industry's popularity spike in September of 2021.

Though Solana network can, in fact, offer a higher number of processed transactions per second on paper, as previously reported by U.Today, the network had been experiencing issues with both processing and uptime in the first few weeks of the new year.

As for OpenSea and the NFT industry in general, the market got its second wind at the beginning of the new year as trading volume on OpenSea spiked up to $3.8 billion in January, exceeding September's record of $3.4 billion. The daily volume on the market stays high despite the global cryptocurrency market sell-off.