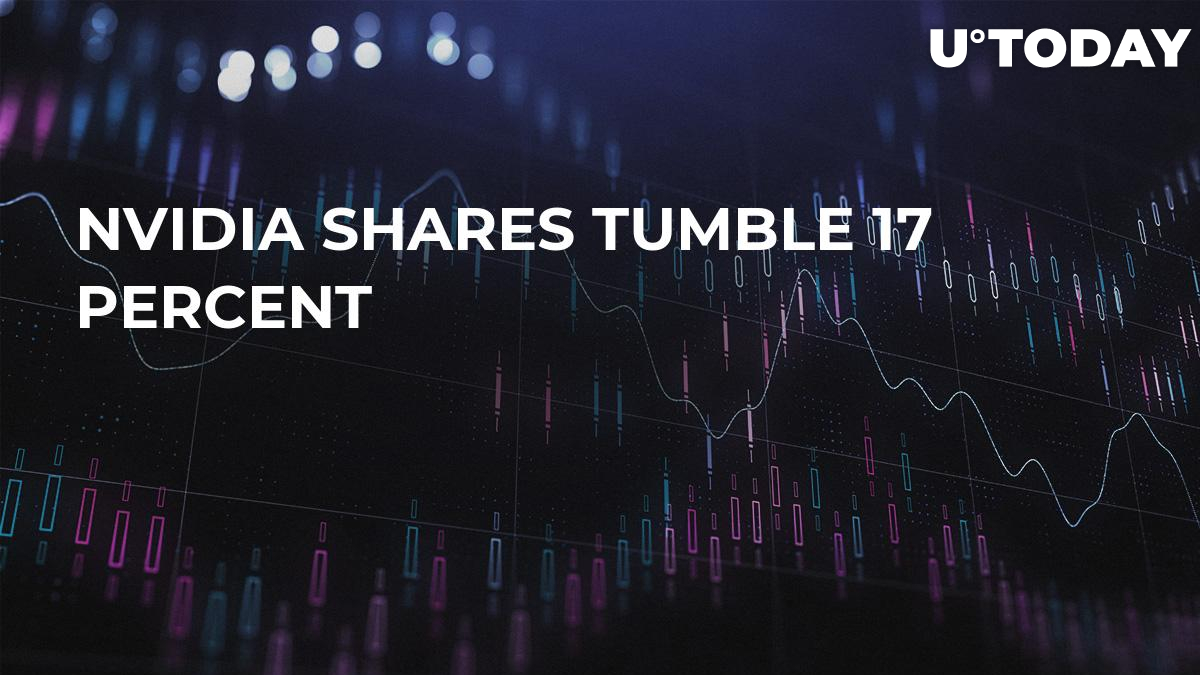 CNBC reports that Nvidia shares took a 17 percent nosedive this Monday. The leading producer of GPU graphics cards claims that ‘deteriorating macroeconomic conditions’ are the reason behind the drastic decline.

The flagship chip manufacturer had to lower its revenue guidance for Q4 from $2.7 bln to $2.2 bln. According to CEO Jensen Huang, the fourth quarter was ‘an extraordinary, unusually turbulent, and disappointing quarter.’

Earlier, U.Today reported that Nvidia’s Q2 showed a plummeting demand for GPUs, which eventually forced the behemoth to quit the mining business.

Nvidia is yet another company that was affected by the US-China trade war. ADM has also declined by more than 7 percent. Additionally, Apple shares plunged almost 9 percent on Jan. 3 due to trade tensions with China, slowing down their sales in the region. Crypto pundit Ran Neuner earlier claimed that the US-China trade conflict shows how important decentralization is.