No, Coinbase IPO Is Not Happening Anytime Soon 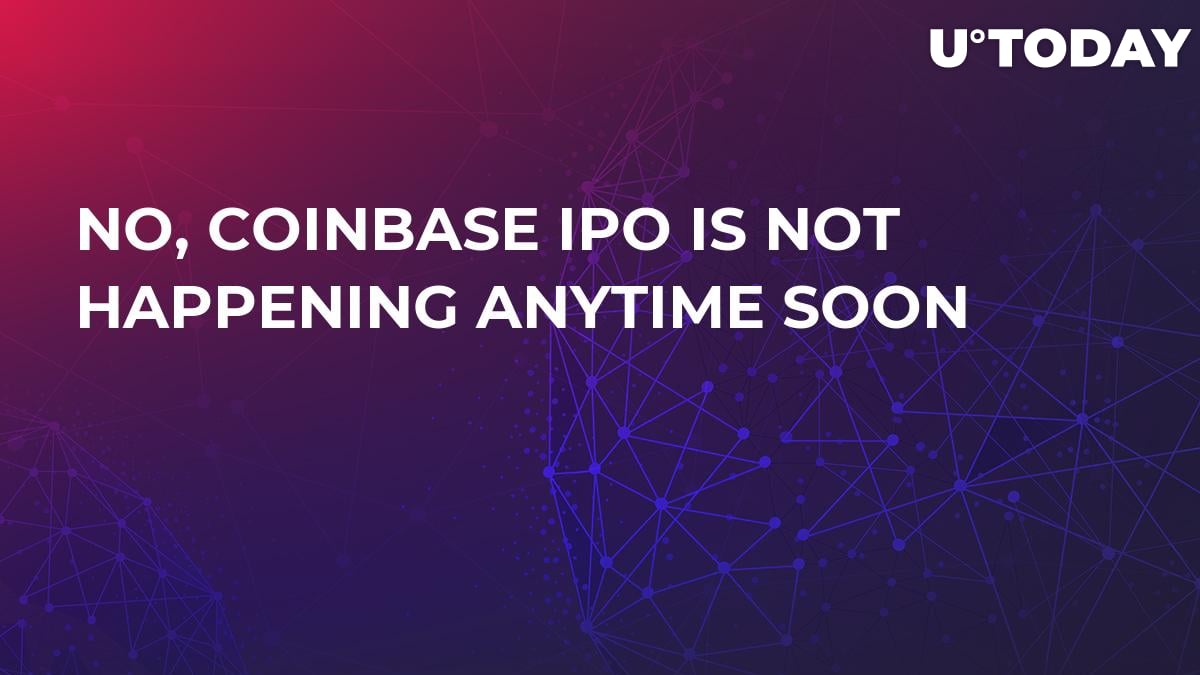 CNBC’s Ran NeuNer, who hosts the CryptoTrader, has made an appearance in several headlines for the past 24 hours after claiming that Coinbase is planning to launch its own IPO. However, according to Breaker, CryptoManRan’s words should be taken with a grain of salt, and Coinbase IPO is merely a product of his imagination.

Related
CryptoTrader’s Ran NeuNer on Greed, Crypto Market Cap and Getting Off Blockchain

On Oct. 25, NeuNer posted a tweet about Coinbase, an $8 bln cryptocurrency giant, readies to make an official announcement about its IPO. Earlier, U.Today already reported that Armstrong indeed wants to take his company public on his own Blockchain-powered platform. That’s why NeuNer’s tweet generated a lot of buzz…wait, it didn’t.

At the time of writing this article, NeuNer’s expose has only 55 retweets; to put this into perspective, even Anthony Pompliano’s fake Bitcoin statistical data was retweeted more than 400 times with only twice as many followers. A few crypto-oriented news sites were the only media outlets that picked up the story with all major business publications ignoring the alleged “bombshell.”

The hype created by NeuNer — if there was any — completely evaporated after NeuNer actually aired the new episode of CryptoTrader where he was supposed to spill the beans on the Coinbase story. In reality, his words about an $8 bln valuation almost entirely echoed the Recode article published days ago. Breaker states that he tried to deliberately misguide his followers by using the term “pre-IPO,” which basically can refer to any private company that hasn’t launched an IPO yet.

The main reason why NeuNer is not regarded as a particularly credible source lies in his past comments that include misleading information and outlandish price predictions — he earlier predicted that Bitcoin would top $50,000 by the end of 2018. In addition, NeuNer is the CEO of OnChain, so he is personally interested in voicing bullish crypto predictions.

Notably, the media giant CNBC has long been regarded as a tool for contrarian cryptocurrency investment: every bullish prediction by one of its hosts is followed by a market downtrend. Their recent documentary Bitcoin: Boom Or Bust received a lackluster reception from the crypto community.