Jack Thomas
✔️?There is positivity in the markets again with green numbers being seen throughout as Litecoin and EOS lead the way with 14% gains 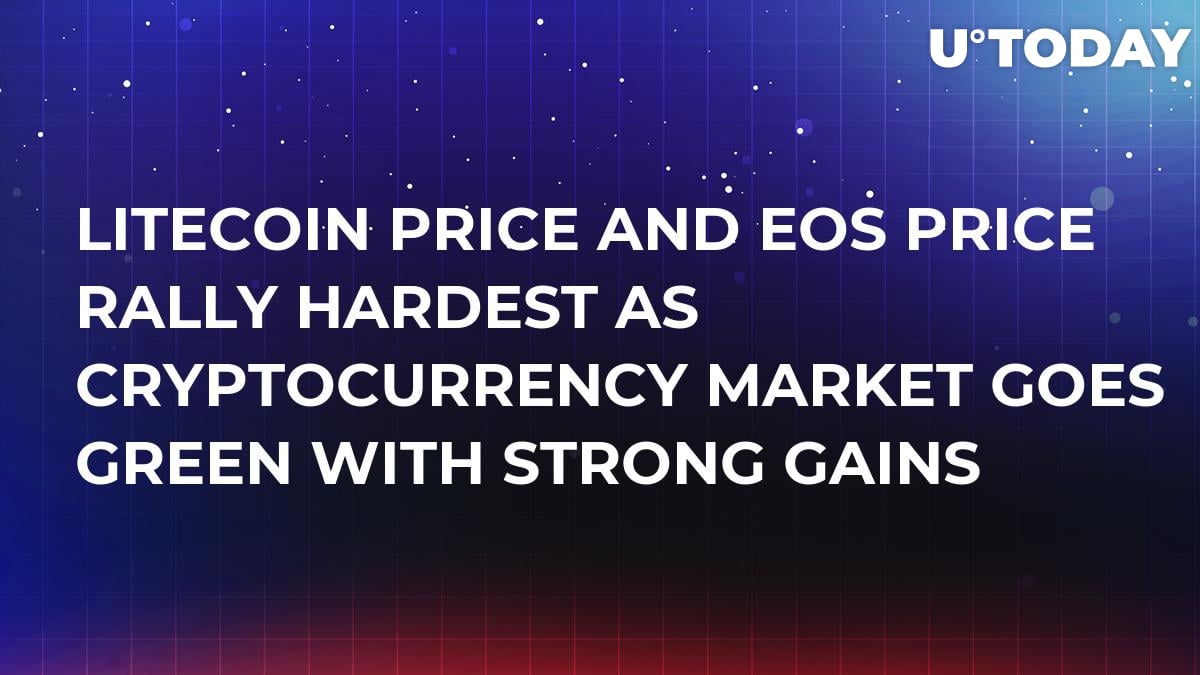 The entire cryptocurrency market, barring seven coins in the top 100, are seeing green numbers today, rebounding significantly and adding about 15 percent to the overall market cap in the last 24 hours.

Part of this overall shift has to be down to an increase in trade volume with a sustained uptick in trade volume following the most recent upwards bump last month. That extra trade volume has hung around for the last few weeks even as markets remain relatively flat, suggesting more sustained interest.

Looking deeper at the coins performing well, it is Litecoin and EOS who are leading the way in the top 10. Both of these coins are seeing gains of around 14 percent over the last 24 hours. The rest of the top 10 is ranging from a new percent up to about seven percent in the case of Ethereum.

Are we in a bull market yet?

Ever since Bitcoin crossed the $4,000 mark a few weeks ago, there certainly seems to be a change in the general feeling across the market with more positivity abounding and the market being able to rebound better from dips.

We have seen Bitcoin fall back below $4,000, but we have also seen it make positive strides over longer periods of time, taking most of the top 10 with it. Bitcoin is now very close to being back at $3,800 with its own 3 percent rise in price.

The last few months have seen Intercontinental Exchange's Bakkt continue to move forwards. It has seen J.P. Morgan launch its own blockchain-based cryptocurrency, Julius Baer announce digital asset plans, and Fidelity near the final stages of its own cryptocurrency plans, and much, much more.

Institutional market activity has unsurprisingly been bubbling up in February and March 2019 to an extent that can register on technical indicators. An increasing number of individuals are also looking more closely at cryptocurrency now than during the depths of 2018, and by every indication people are buying.

Litecoin has always been a promising inevitable coin, and within the recent weeks and months, it has returned to fighting it out for a bigger stake in market cap with better price growth. EOS has also been on a steady growth path since the beginning of this year with similar blockchains finding their feet.

Binance Coin is another that is doing surprisingly well, and continues to grow even despite the general market sentiment as it continues to mirror the growth of its parent exchange, Binance.