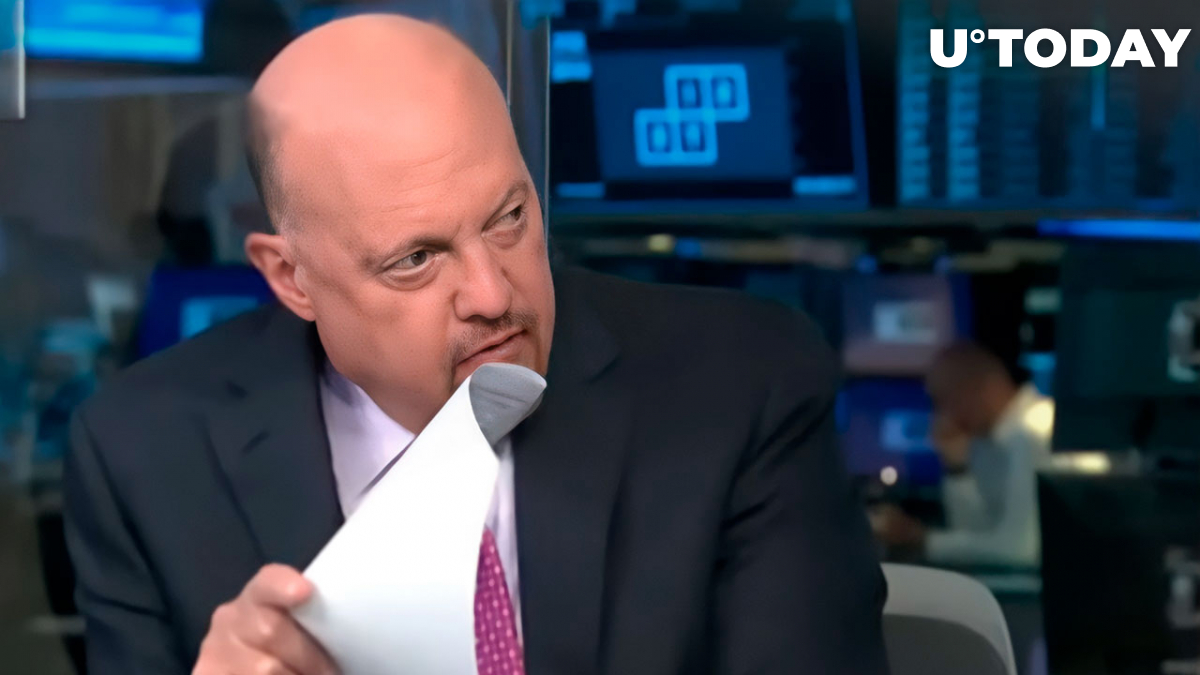 In a recent tweet, Cramer says that the line is drawn at the $20,000 level, which prompted many crypto fans to predict that the largest cryptocurrency would go much lower.

As reported by U.Today, Cramer shredded crypto during a recent appearance on CNBC, claiming that it has no real value.

Cryptocurrency enthusiasts took these comments too much to heart, accusing Cramer of making erroneous predictions in the past. Some viewed the comments made by the "Mad Money" host as the most bullish indicator for crypto.

Despite being arguably the biggest name in business news with a career spanning several decades, Cramer often attracts criticism because of some of his terrible calls. His sentiment is always treated as a contrarian indicator because he has a knack for being wrong.

Related
Cardano Creator Refutes "FUD" About Smart Contracts
There are Twitter handles that were specially created to track all of the stockpicker's calls. Some have proposed to go as far as creating an inverse Cramer exchange-traded fund (ETF) that would place traders in the opposite direction.

In a recent tweet, the talk show host lashed out at a cryptocurrency fan, claiming that the former missed his call to exit Bitcoin at $40,000 because of their "permanent intellectual vacation."

Despite some terrible calls, Cramer's career continues to shine, with CNBC announcing earlier this week that the veteran host would start bringing his financial acumen from a brand-new studio located on the New York Stock Exchange's trading floor.
#Bitcoin Price Prediction