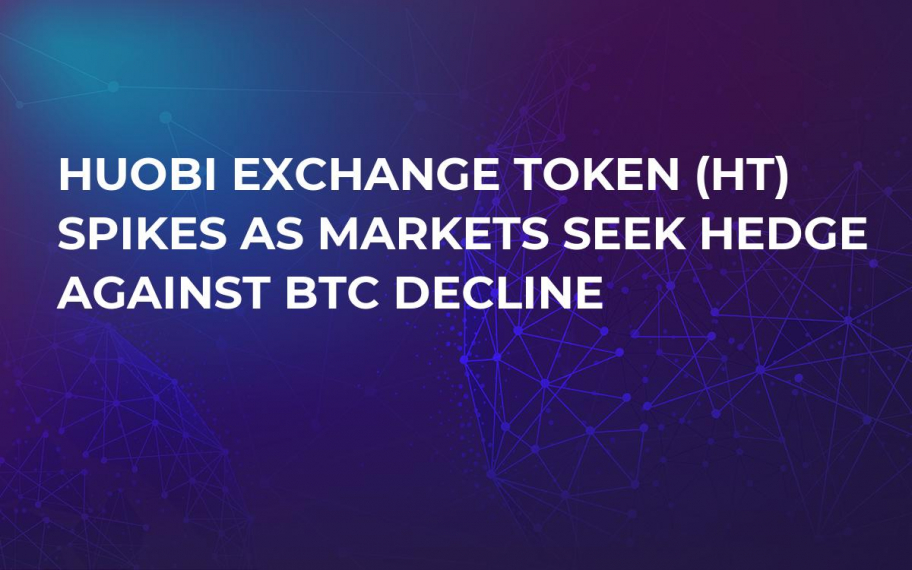 Tokens of various crypto exchanges have become crucial to the cryptocurrency ecosystem. During the recent red wave, Huobi Token (HT) is taking the biggest highs. Currently, the coin is trading at $5.12, rising over 15 percent in the last 24 hours. It is about to achieve record levels against Bitcoin.

During the seller’s market dominance exchange tokens have risen in popularity, thus allowing for trades and profits in BTC to go on, even though the liquidity level has dropped.

The latest news circulating on the social media around HT is that Huobi plans to unify its ecosystem and rumors that Huobi and Binance platforms plan to cross-list each other’s tokens. The participation of coins of other exchanges is also possible. This would allow for more active trading, arbitrage and a chance to involve still unlisted virtual coins.

Almost a week ago, Gate.io exchange-listed coins of both above-mentioned exchanges.

Other causes for the HT growth

Another option for the HT quote rising is the recent attack on Bithumb– it might have improved the position of the competitor. However, HT may have also boosted due to the Tether inflow, since Huobi is one of the platforms with a high concentration of these coins.

HT is paired with USDT and this gets the former a price growth as market players move from one trading platform to the other.

Still, many consider HT a hyped asset that may see a correction soon. Since over 70 percent of HT trades happen on Huobi Pro against Tether, it seems, that USDT is the main reason for the Huobi coin’s spike after all.