Denys Serhiichuk
??NEM is a unique cryptocurrency, not similar to BTC or ETH. In this article, we analyze the potential of XEM and predict its price within the next years. 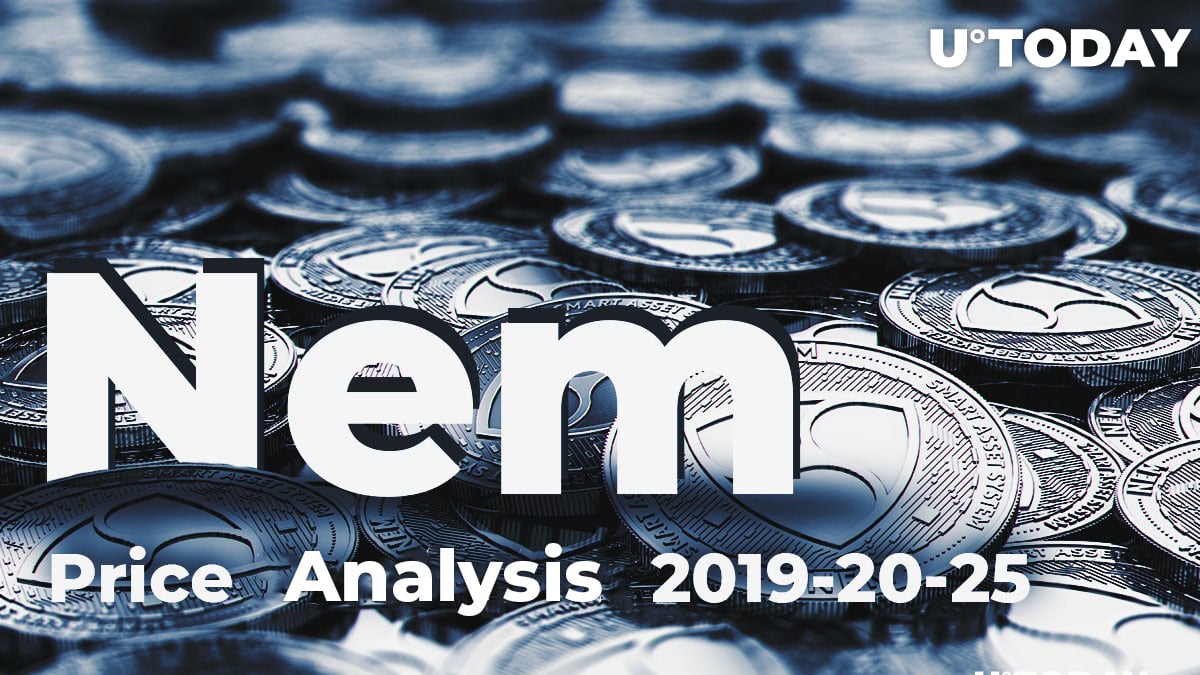 The cryptocurrency NEM stands out from the rest of altcoins. This is a young digital currency that has become especially popular among users in Asia.

The founder of the cryptocurrency NEM (XEM) is considered to be a member of the popular portal bitcointalk.org, which is known by the nickname “Utopian Future”. In the second half of January 2014, the user began to discuss the created digital asset and received support from other forum participants.

NEM is an abbreviation for New Economic Movement. The title of digital money is the mission of the project.

The goal of the NEM platform is to create a digital asset that is used in all areas of the economy. Later, an organization called the NEM Foundation was founded, the main task of which is the development of digital currency.

The release of the NEM platform with the XEM coin took place at the end of March 2015. The new cryptocurrency quickly gained popularity in the “Land of the Rising Sun”, and later among users of other Asian countries. The success of the digital money has been driven by its unique features and benefits.

The coin has the following advantages:

In the near future, the team is planning to implement solutions to increase the scalability of the network, to develop an innovative COMSA platform focused on supporting ICOs, and to focus on further cooperation with the banking sector. Many Asian and European banks are testing the benefits of the NEM blockchain in terms of using smart contracts and faster and cheaper transactions.

In addition, this year the project’s founders are about to open a science lab and the NEM Blockchain Innovation coworking center. The objective of the project is to promote the platform and assist in its practical use. It is reported that there are investors who are ready to invest $40 million in this idea. It is difficult to say how this is combined with the recent news about serious financial difficulties and the possible dismissal of employees.

Another project awaiting implementation is its own cryptocurrency exchange.

At the turn of 2017-18, in the period of an unprecedented rise in the cryptocurrency market, experts and specialized agencies vividly published forecasts, in which they announced even more intensive growth of XEM in the near future. Many promised the rise to $40-50 and called for investing with the expectation of 20 to 30-fold income. It is clear that any predictions, especially those related to numbers, can be risky.

But even today, the majority of analysts estimate XEM as still positive. They do not associate the current state of affairs exclusively with the general bearish trend of the market.

Experts also emphasize that the XEM token has the main advantages of two high-tech cryptocurrencies at once: Ethereum and Ripple. The first is related to the use of smart contract technology, and the second is focused on working with the traditional financial sector. Japan, which was the first to legalize cryptocurrencies, recognized XEM as an official means of payment.

At the same time, Japanese commercial structures wishing to use the coin as a financial instrument are required to purchase a license for $300 thousand and have at least $100 thousand in an XEM coin account.

According to various forecasts, by the end of 2019, the rate of XEM may increase several times and reach the level of $0.10 - $0.20. However, much will depend on general industry trends.

NEM Price Prediction 2020 and beyond

In the past, we have already seen the cost of XEM to be near $2, after which a slow decline in value began, but it was caused by a general market correction. Achievement of the price of $1.92 was caused by the fourth Elliot Wave. From the fifth wave and the upcoming general news background in the cryptocurrency market, we expect an increase in value to 4-6 dollars by the end of 2019.

Re-testing of the $1.92 level can happen much earlier, and there are all the prerequisites that this will happen in the first half of 2020. According to some forecasts, the cost of the cryptocurrency can rise to 20-30 dollars in a couple of years.

Is it worth buying NEM now?

In general, investment in XEM, given the current rate around the lower boundary, seems quite attractive. However, experienced players warn newbies about the need to “put eggs in different baskets”. The NEM blockchain updates planned for 2019, in addition to increasing the speed and throughput, are fraught with potential failures, bugs, and hacker attacks. When making a decision to invest, you need to take all this into account.