Denys Serhiichuk
?️?If you want to have fast transaction speed and an opportunity to run a master node then Dash is your choice. This coin has anonymity features similar to ZEC and XMR 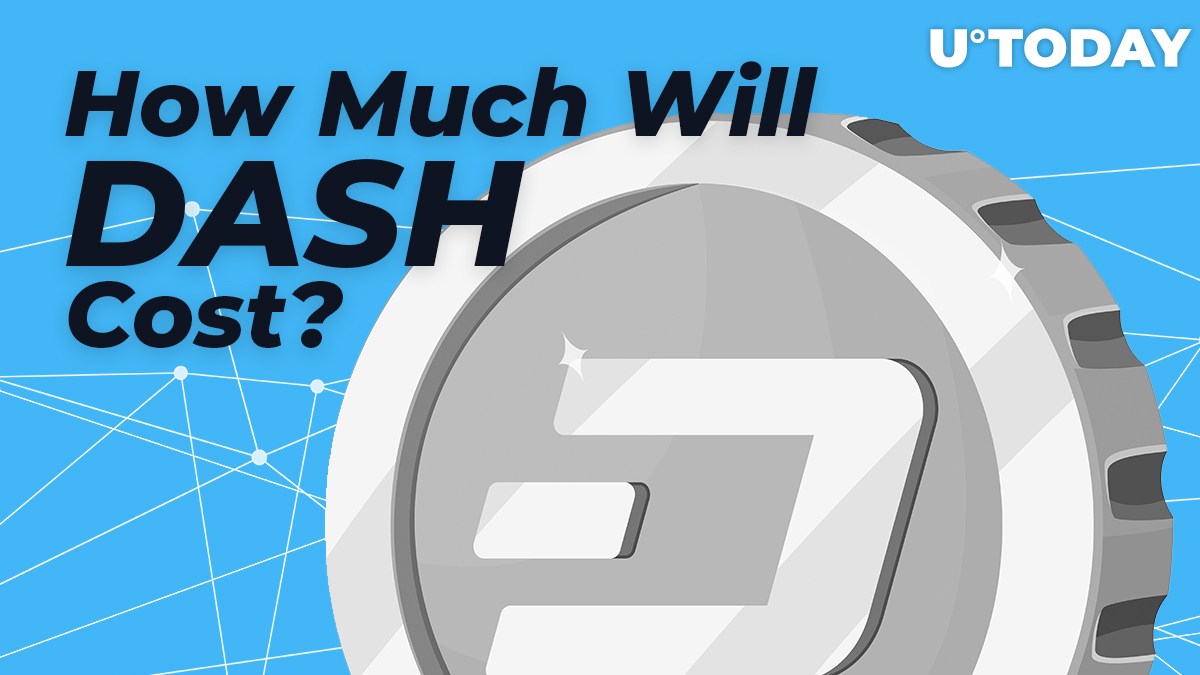 Dash cryptocurrency has not accidentally gained wide popularity among users. Today, it is considered to be one of the most scalable and convenient digital systems for online payment with access to the traditional financial market.

Platform developers already implemented a fast confirmation, a high degree of anonymity of payment transactions, a reliable two-level security function, and a self-managed reward system based both on mining and stimulating the work of complete nodes. A clear development plan for the platform with the prospect of scaling up to 400 MB of blocks makes the project even more promising.

In order to start predicting the future price of Dash, it is necessary to know the pros of this coin. Its advantages are as follows:

However, some disadvantages also exist:

How has the DASH rate changed over the last years?

During 2018, the cost of DASH cryptocurrency decreased 25 times, from $1,516 to $64. Market capitalization decreased from 12 billion to 600 million dollars. Despite this, the Dashcommunity gradually developed, and now it reaches large volumes. At the end of 2018, DASH coins began to be accepted as a means of payment by the fast-food chain Church’s Chicken restaurants in Venezuela. A few days later, Dash representatives announced a partnership with the Node40 and Alt36 companies, which are about to develop the cannabis industry.

At the time of writing this article, the cost of one DASH coin is $116. The fact is, that the cryptocurrency market situation has changed a lot, and retail investors have rethought their approach to buying digital currencies, Dash has possibility for success. Despite strong competition from Monero and Bytecoin, the Dash coin will find its place in the market. And if this year, we see an influx of large investors in the cryptocurrency market, then Dash has every chance to reach the price of 500-600 dollars.

This forecast is completely different from the CoinOracle expert estimates. According to their calculations, in 2019 the coin will significantly strengthen its position up to $868, and in five years it will reach $3,902.

DASH Price Prediction 2020 and beyond

Analysts claim that the created technological value allows making a positive medium-term forecast for Dash cryptocurrency. Current fundamental circumstances indicate that by the end of 2020, quotes will fall in the range of $6000 - 8000 per coin. In the case of the optimistic scenario, the price may rise up to $20,000 by 2025.

The development of Dash Labs, a strong team of developers and a positive news background around this blockchain project gives hope for the return to the top-10 by market capitalization. We can expect new partnerships and the expansion of the geography of Dash payments.

Market conditions are changing, retail investors are updating their approaches to building their digital portfolios, and under these conditions, Dash has a chance to turn the tide in their favor.

Ultimately, the market situation will primarily affect the Dash quotes. If the reversal to the “bearish” trend does not happen (and this can happen, because in the history of crypto-economics there have already been cases of correction with a duration of two years), then Dash is waiting for the next update of the minima after Bitcoin and other assets.

In addition, there are concerns that the development of the project may be hindered by the growing tendency to establish control over the crypto-economy by the governments of the largest countries in the world. Earlier, Dash has already suffered from delisting on the Coincheck exchange, conducted in pursuance of an order from the Financial Services Agency of Japan (FSA). If decisions on the introduction of the obligatory AML and KYC procedures into the rules of trading floors follow this, anonymous coins, including Dash, will lose their main advantage. Let's hope that the developers are not sitting idly by and are already coming up with ways to survive in this scenario.

Despite several unpleasant moments associated with Dash, this cryptocurrency still has solid potential. Of course, this digital asset is far from a leader in terms of capitalization and popularity among users, but the unique architecture of the network of the same name, high-speed transactions, complete anonymity, and security, as well as constant improvements, can make the considered coin one of the market leaders in the future.