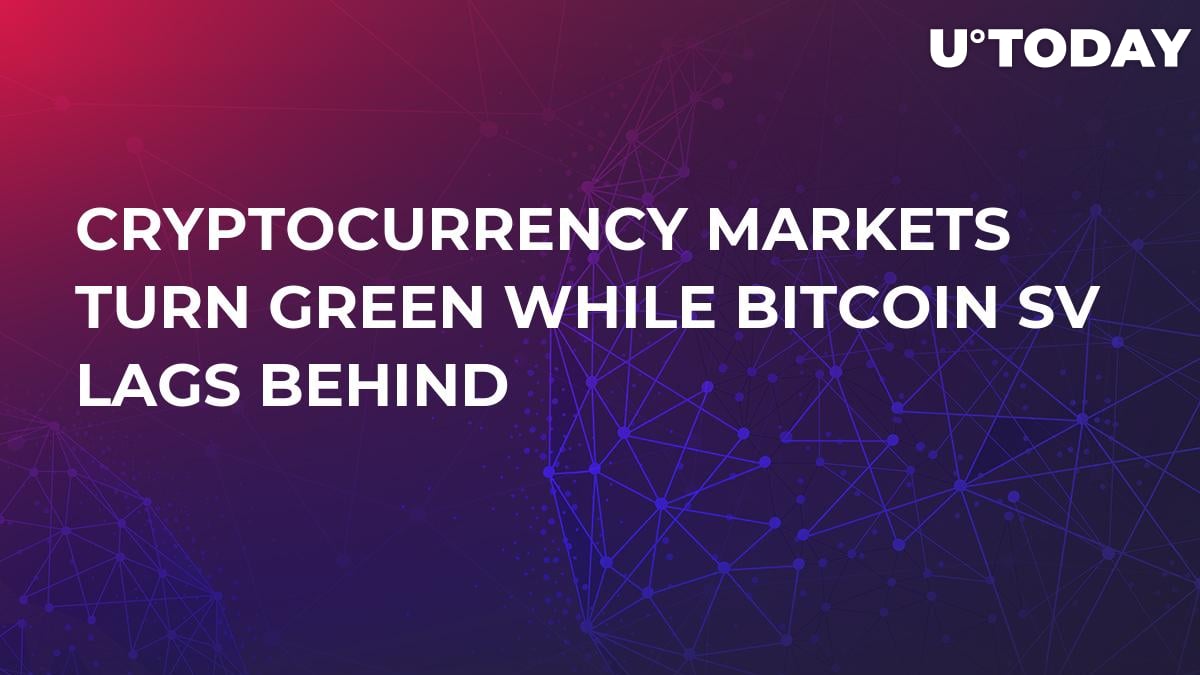 The past few days, since about Saturday last week, the cryptocurrency markets have shown some fight back with there being steady gains in the last two days in particular. Bitcoin has topped near-on $3,800 as the rest of the market basks in its glow.

There are gains for all of the top 20 coins, ranging from six to a staggering 29 percent over the last 24 hours alone. The market going green, after a month-long fall starting on the Bitcoin Cash hard fork, is only just starting to bud, and it remains to be seen if it will last, or be a reversal in fortunes.

Speaking of Bitcoin Cash, its battle continues with the name Bitcoin Cash going to the ABC pool, and that coin being the biggest gainer at 29 percent in the top 20. This has forced the forked coin to sixth on the market cap, and stretched out its lead over rival Bitcoin SV.

SV is now in ninth, and in danger of falling out of the top 10 with the likes of IOTA, Monero and Tron all surging up in value.

As reported yesterday, the difficulty adjustment for Bitcoin mining lowered by about 10 percent recently, and this drop in difficulty is intended to make it more profitable by making it easier to mine Bitcoin.

Therefore, the hash rate of Bitcoin has been rising again as miners are once again just on the right side of being profitable. This ties in with the price and can compound the gains as the more interest and health from miners for the Bitcoin blockchain, the more interest from the market.

If this is indeed the case for Bitcoin’s price rising again, there is every chance that there could be a longish rally, however, a good solid rally has not been seen since more than a year ago when Bitcoin was heading to its All-Time High.

As is often the case, the rest of the altcoins have also profited from Bitcoin and its own gains as most coins are seeing gains in the double figures. Ripple sits in second ahead of Ethereum, but they are both growing well, as are Tron and Stellar.

Bitcoin Cash has grown by nearly 30 percent over the last 24 hours, and just outside the top 10 IOTA, Monero, Binance Coin and Dash are all up over 10 percent. Bitcoin SV is up by nine percent, but in comparison to the chasing pack, it should be concerned about being usurped from the top 10.

Although both the Bitcoin Cash forks remain in the top 10 of the market cap standing, they have both lost huge value since their split in November. Bitcoin Cash has lost a whopping 45 percent of its value since late November, while Bitcoin SV has dropped 35 percent. This is compared to Bitcoin's 15 percent fall over the same period.

Bitcoin SV has other problems than its market cap standing to worry about, though as there are allegations of users being able to spend the same coins twice in what's known as a "0-conf transaction" double spend. Additionally, there are concerns about its centralisation with four Bitcoin SV network nodes controlling 75% of its hash rate, leaving it vulnerable to attacks and weaker than most decentralized crypto networks.