Yuri Molchan
A long-awaited update to Cardano has been launched 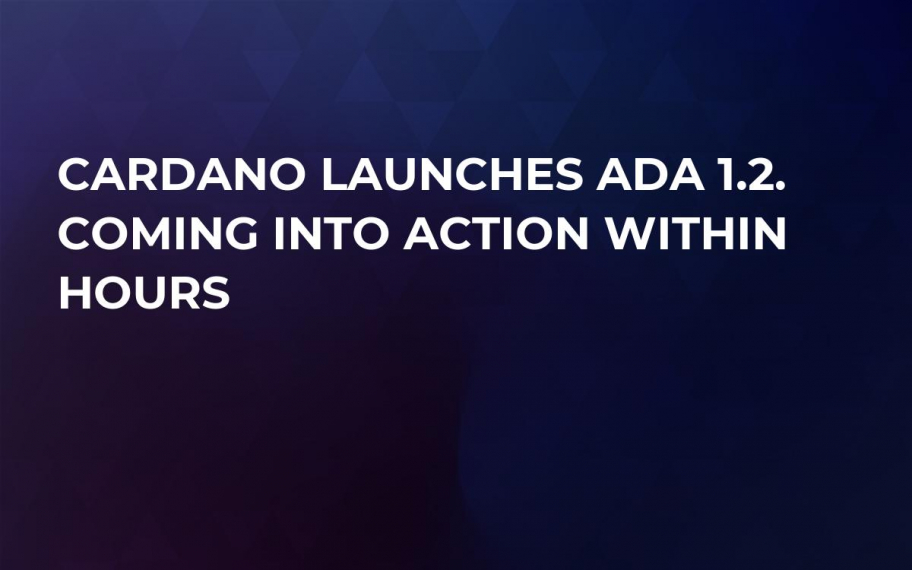 A short while ago several members of the Cardano (ADA) community spread the word on Twitter about the coming release of the 1.2. version of the protocol. The 1.2. version takes effect around 12:20 p.m. UTC, May 29.

A few days prior to that, the company CEO Charles Hoskinson announced this event in his Twitter post.

The Cardano team has also upgraded the JSON metadata of the website so that users can get hold of the update and download it.

Cardano is a digital currency and a distributed ledger platform, which operates on their own distributed network.

The upgrade includes quite many alterations. Among them is the launch of new Benchmarking tools for the V0 API wallet, an optimized mempool in the Wallet Backend [CBR-16] and some others.

The engineers have also debugged several errors on the Blockchain itself. They have fixed a few technical problems which have been causing inconvenience to the users, among which was the issue with the Daedalus wallet.