Arman Shirinyan
Cardano whales grabbed 190 million ADA in March, which is the first upward movement since 2021 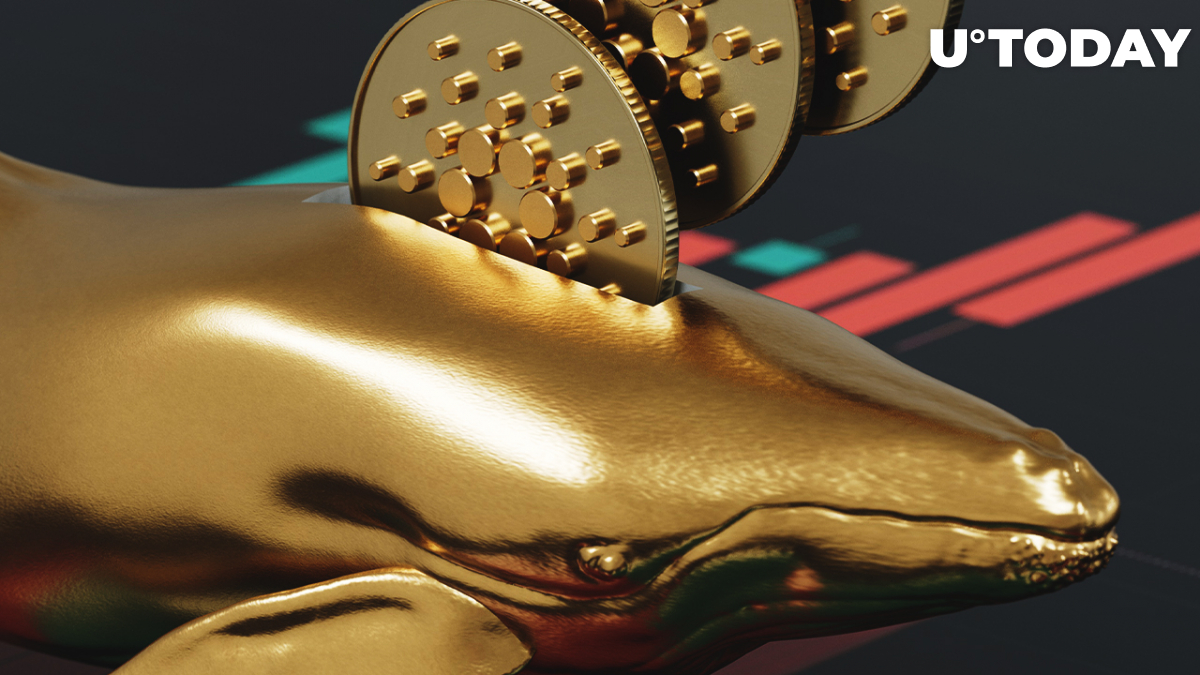 The biggest Cardano addresses on the network accumulated around 200 million coins according to the most recent data from Santiment. This data should be refreshing for ADA holders who have experienced seven months of dumping.

As the provided on-chain metric suggests, ADA whales were actively selling their holdings since December 2021 while the trend changed only a couple of weeks ago. The shift in the trend is most likely tied to the massive oversold levels of Cardano.

The massive growth of the DeFi industry also followed the switch in the movement of funds on whale addresses as Cardano's TVL exceeded $300 million in funds locked on various platforms and smart contracts.

While whales are actively staking ADA, the price of the underlying Cardano asset does not seem to gain any traction, according to the daily chart provided by TradingView. As the chart suggests, ADA has lost 35% of its value since the local high reached on April 1.

But while divergence with the current funds distribution of whales on the market can be seen clearly, the correlation between the same metric and the price action of ADA in the August-April range is fully consistent with the movement of funds in large ADA wallets.

Such a trend shows strong control over ADA by whales as their price performance dictates the movement of the coin. The retail trading volume that we saw back in March and April does not seem to change the long-term direction of Cardano.