Cambridge Analytica Had Plans For Own Cryptocurrency and ICO

Darryn Pollock
The company behind the Facebook scandal, Cambridge Analytica, had cryptocurrency plans 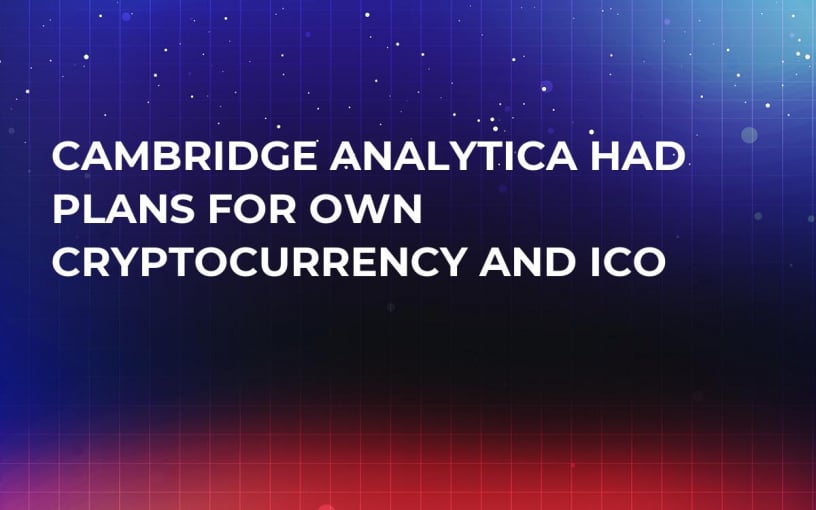 The company that led to an inquest into Facebook’s sensitive data storing and distribution, Cambridge Analytica, apparently had plans to launch its own cryptocurrency through an ICO.

Brittany Kaiser, a former Cambridge Analytica employee, said the digital coin that was being pitched was intended to help users store data and to enable them to trade their private information.

The company's leaders hoped that in this way would be able to collect about $30 mln and the media was confirmed to have previously investigated the Blockchain technology, but it was not commented on whether it still continues.

The ICO plan was part of a broader, but still very private push that the firm was making into the nascent world of cryptocurrencies over the last year.