Denys Serhiichuk
Was yesterday's drop a correction before continued growth? 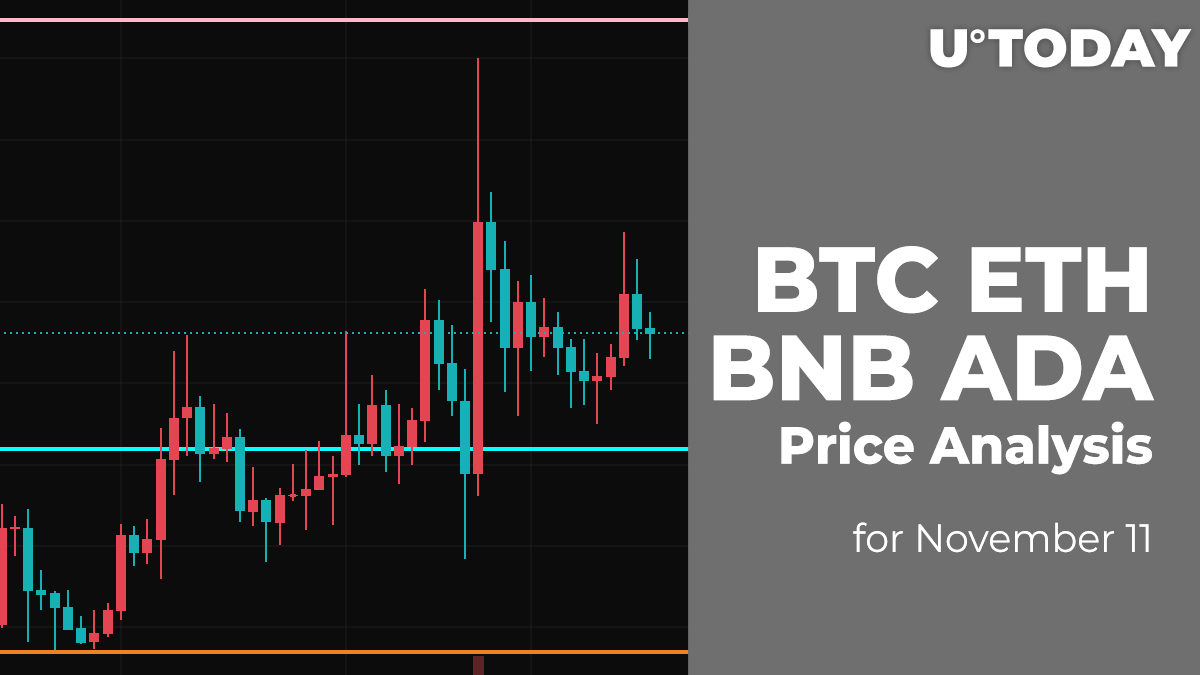 After yesterday's sharp decline, the coins remain in the red zone; however, some digital assets have come back to the bullish trend.

Yesterday morning, the bears pushed the Bitcoin price back to the hourly EMA55, and during the day, this moving average held back the onslaught of sellers. In the afternoon, buyers formed a fairly strong bullish momentum that forced the Bitcoin (BTC) price to renew its all-time high to $69,000.

In the evening, the volume of purchases decreased and the bulls could not continue their race to the area of ​​70,000.00 USD. By the end of the day, the market was shaken by a powerful bearish impulse that broke through the support of the $64,895 and marked a local minimum around $62,850.

Today, overnight buyers tried to restore the pair above the 100% Fibonacci level, but in the morning, the price was unable to gain a foothold above this level. Before the market tests the very important psychological level of $70,000, one observes quite nervous price dynamics. Consequently, quite wide price fluctuations are possible during the day.

Yesterday morning, sellers pushed the Ethereum (ETH) price back to the support area of ​​$4,680. The buyers managed to stop the pullback and, after a short consolidation, the pair quickly recovered to the high zone. In the evening, ETH managed to renew its absolute maximum just above the $4,868 mark before the price began to decline sharply.

The bears managed to pierce the support of the four-hour EMA55 and mark a local minimum around $4,450. At night, the ETH price bounced above the EMA55 moving average and is now trying to gain a foothold above it. If this succeeds, then one can see an intensive recovery of the pair to the area of ​​$4,900.

If bears resume volume sales today, the decline to the support area of ​​$4,360 is possible.

Binance Coin (BNB) has shown worse performance than Bitcoin (BTC) or Ethereum (ETH) as the decline has accounted for 5.40%.

Despite yesterday's drop, Binance Coin (BNB) remains in the bullish zone after it bounced back from the resistance at $570. At the moment, neither buyers nor sellers are dominating, which means that sideways trading in the area around $600-$630 is the more likely scenario until the end of the week.

Cardano (ADA) is the biggest loser today because the coin has fallen by 6.77%.

Cardano (ADA) keeps trading in the wide channel supported by a high trading volume. Currently, the altcoin is located around the zone of the most liquidity, which means that traders have not accumulated enough power for a sharp move. In this case, sideways trading remains the more likely price action for the upcoming days.