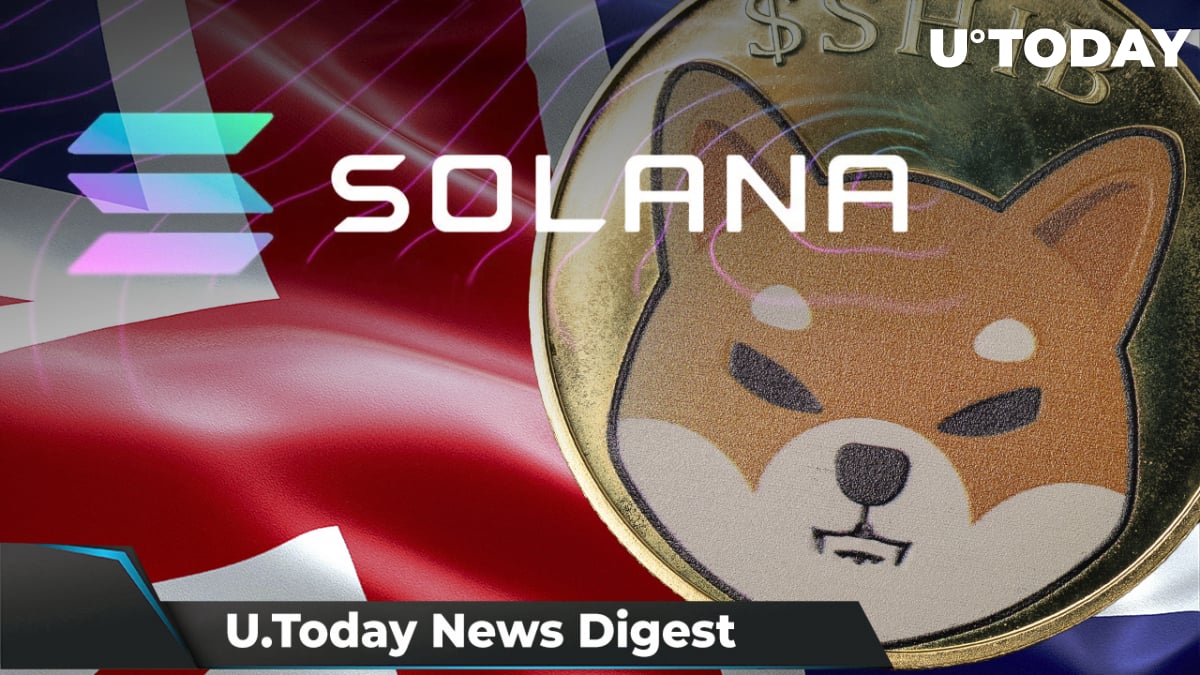 Take a closer look at what’s happening in the world of crypto with U.Today’s top four news stories over the past day.

According to Walter Bloomberg’s latest tweets, Great Britain is seeking to regulate cryptocurrency and the DeFi industry. British watchdogs are also suggesting the removal of references to blockchain from the definition of crypto assets. However, it is not yet clear what regulators meant by that since the two technologies are inseparable. The reason why the need for additional regulation appeared in the U.K. is an urge to protect customers using blockchain-related services from misleading advertising and address the lack of information.

The Shiba Inu community has yet another reason to celebrate - on Jan. 17, the total number of Shiba Inu holders surpassed 1,145,212 users, setting a new record. In just four days, the community has attracted 5,000 more members. However, despite the fast growth rate, the number of SHIB holders cannot catch up to that of BabyDoge. As per WhaleStats data, the offshoot of Dogecoin is now owned by 1,260,401 users.

Related
383.5 Million SHIB Burned in Past 3 Days, While Coin Is in Decline
Ads
Ads

According to the official announcement by the Cardano Foundation, it has teamed up with EMURGO to launch a project to boost third-party smart contract development. By working together, the two organizations will create a tool stack to support the Cardano ecosystem and speed up the development of decentralized applications. The project will be divided into two phases: MVP1 (building a modular tool stack by Five Binaries) and MVP2 (reaching out to other collaborators and inviting them to contribute to the project).

In his recent research note, Nikolaos Panigirtzoglou, analyst at JPMorgan, has shared his take on Ethereum, saying that the ETH price will soon see the negative consequences of the blockchain’s fading dominance in the NFT sector. As per his observations, Ethereum's volume share of NFT trading has slipped to around 80%. Panigirtzoglou believes that if Ethereum continues to lose ground to rivals (such as Solana), it would become a bigger problem for the cryptocurrency's valuation.