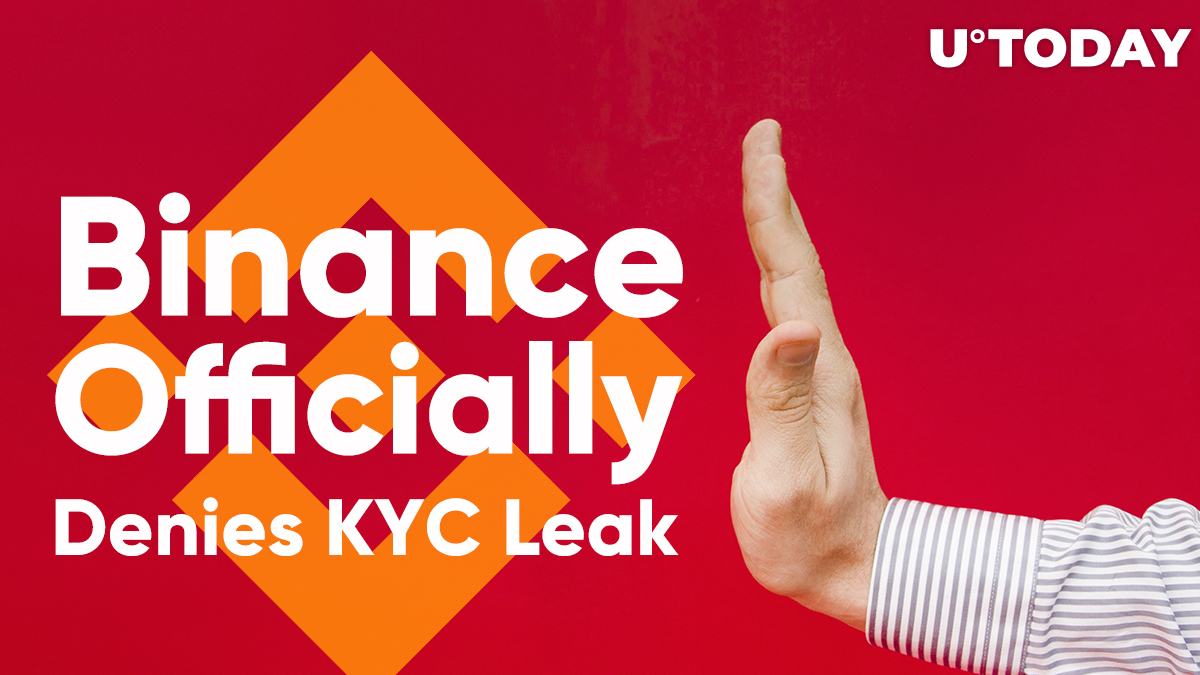 On Wednesday, the Binance team addressed the community in its blog, saying that no actual leak of KYC data has taken place.

However, this event did happen last year, when photos of many Binance users holding their passport or another ID were stolen by hackers along with other data and uploaded to the Internet.

However, the Binance security team says that a hacker has contacted them demanding a ransom of 300 Bitcoins in return for 10,000 photos ‘that bear similarity to Binance KYC data’ stolen in 2018.

The hacker also claims he has KYC information from multiple exchanges. When asked to prove the source of the data, the individual demanded 300 BTC and refused to supply irrefutable evidence of their findings. Later, they went to the press under false pretenses, posing as a white hat with good intentions. The relevant law enforcement agencies have been contacted and we will be working closely with them to pursue this person.

Meanwhile, the culprit has already begun spreading the photos around the social media and news outlets.

The Binance team states that these photos look like those that were stolen from Binance in the course of a KYC hack in 2018 and is now offering a reward of 25 BTC. Anyone who will help identify the hacker pestering Binance and spreading a false alarm, as well as damping the reputation of Binance, can get it.

Once the person is identified, the team will work hard to get him arrested.