Darryn Pollock
Bitcoin surpassed $8,000 following a long slump that saw the digital currency hit lows of $6,600 earlier in the week 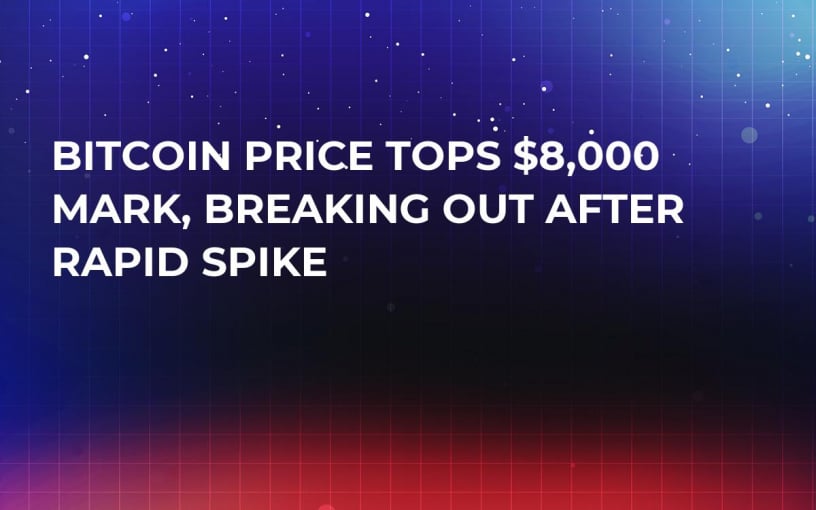 The Bitcoin price is back over $8,000 for the first time since March 26 as the digital currency experiences a bit of a bull run. The Bitcoin price spiked $1,000 in a matter of 30 minutes on April 12, sparking this run.

The markets have appeared green for most of the week with steady growth helping push up most, if not all, coins. However, it was the spike on April 12, that took Bitcoin from $6,800 to $7,700 that really jump-started the rally.

The spike in price is being put down to a mysterious buyer who appeared on the playing field and began to buy up Bitcoin at the market price of $6,800. He lit a green candle the likes of which we have not seen since November 2017.