Bitcoin Massacre: $180 Mln Worth of BTC Longs Liquidated on BitMEX

Alex Dovbnya
A massive amount of long positions gets liquidated on the BitMEX exchange after the Bitcoin price tanked all the way down to $7,350 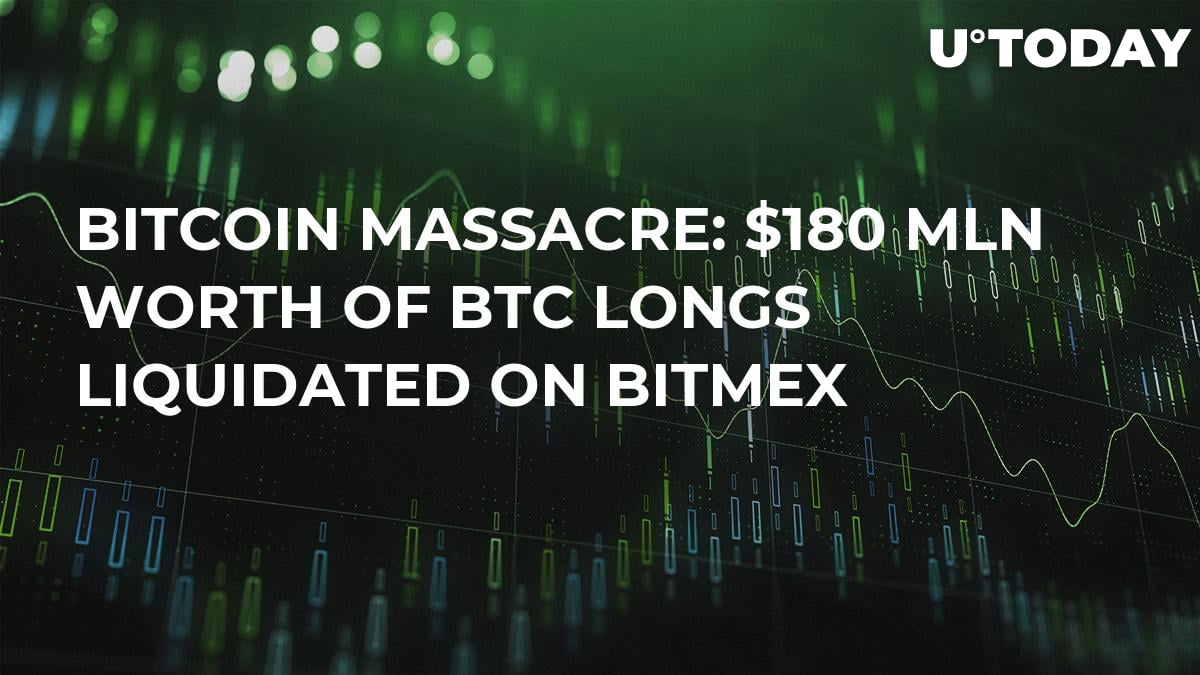 $179.3 mln worth of longs has been liquidated on BitMEX, the leading derivatives exchange, after the Bitcoin price shockingly dropped to $7,350 (compared to spot exchanges where BTC didn't go below $7,500). Considering that the average leverage is 25x, Bitcoin bulls collectively netted a loss of around $6.4 mln.

One of the top traders on BitMEX, who felt "long and strong" at the $8,000 level, most probably regrets his recent tweet.

*YELLS UPSTAIRS FROM THE BASEMENT* Mom! Tell Danny I can shovel his driveway today!

Also, can you cover Disney+ this month? pic.twitter.com/mRlhpk4ax7

This string of bloody-red candles opens a possibility for a further drop to below $7,000, which has been the pipe dream of Bitcoin bears ever since the BTC price blasted past this level back in May.

At the time of writing, the top coin by market capitalization is sitting at $7,581 with no sings of buying pressure, CoinStats data shows.

Trader "The Wolf of Wall Street" says that the retail interest in Bitcoin has been slowing down in November (based on the number of addresses with balances less than 0.1 BTC). Hence, it is unlikely that the average Joe will start FOMOing in anytime soon.

Seems that retail interest is slowing down. Looking at wallets with balances of ≥ 0.1 $BTC there hasn't been much growth in November.

It's like people don't know that it's a deflationary asset with a limited supply.

Dutch analyst "Plan B" didn't cave in to bearish sentiment. He says that the positive difficulty adjustment prevented the much-feared miner capitulation, and the BTC price could increase from that point.

Historically blue followed by yellow/red indicates a temporary downwards difficulty adjustment, hashrate & price have in the past increased from this point. pic.twitter.com/JAgECasC0P

As reported by U.Today, the Bitcoin price could still nose-dive by 40 percent based on the BitMEX funding rate.