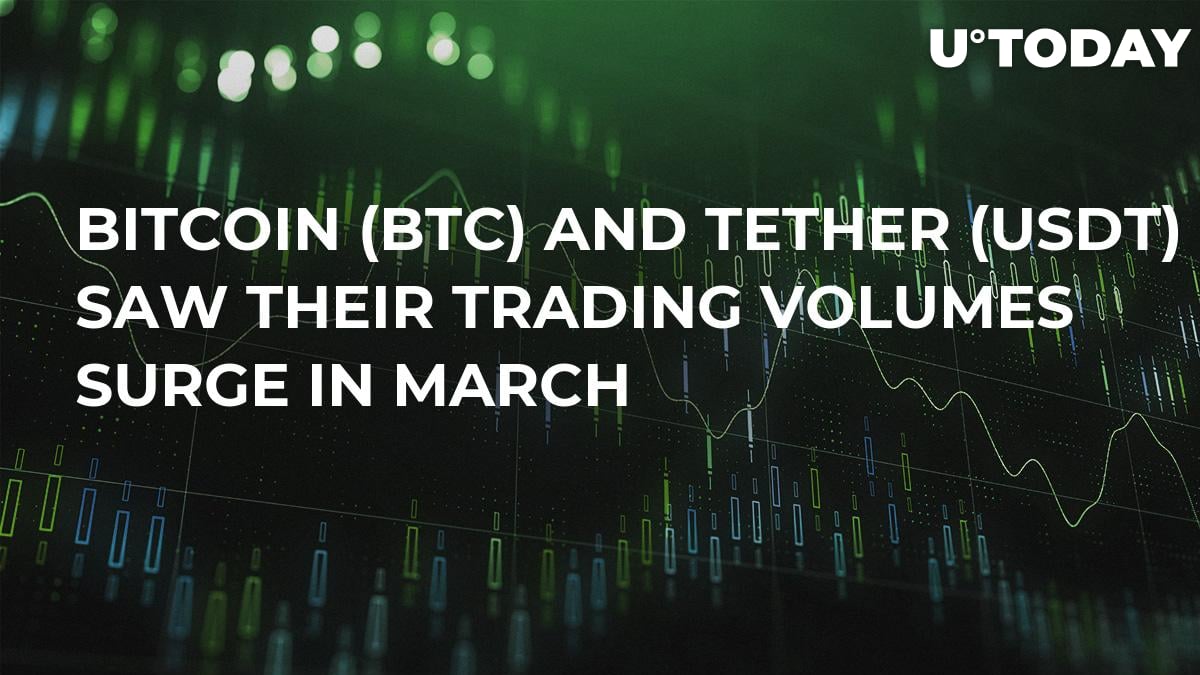 On March 10, Tether’s trading volumes recorded a new historic maximum of $10 bln. The controversial dollar-pegged stablecoin, which many believe doesn’t have enough fiat reserves to back its token, saw this trend continuing throughout the whole month.

March was also quite a success for Bitcoin – the number one cryptocurrency returned to its April numbers in terms of trading volumes with $11 bln. At the time, the BTC price was sitting at $9,750.

Most probably, the study doesn’t take into account the most recent findings in the Bitwise Management report, which suggests that up to 95 percent of the total Bitcoin trading volume is artificially created by fraudulent exchanges. Earlier, U.Today also revealed what mechanisms different exchanges use to inflate their numbers.