Australians Choose to Sell Their Homes For Bitcoin Despite Market Crash

Alex Dovbnya
Only few Australian homeowners accept crypto so far, but the trend is expected to continue as Bitcoin adoption grows 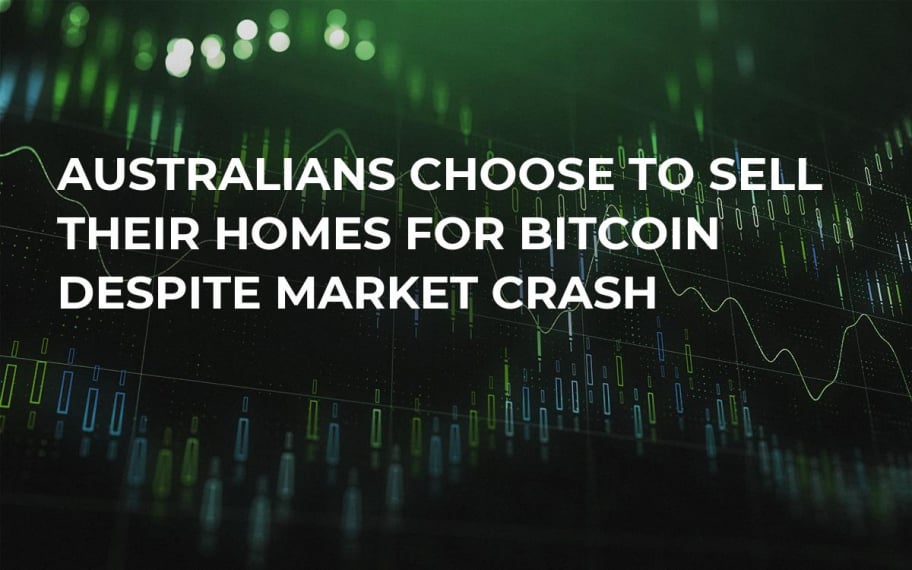 Australians are not deterred by a sharp plunge in the cryptocurrency market as they are willing to sell their homes for crypto. The flagship cryptocurrency is still more appealing to some of the local investors than the Australian dollar, Financial Review reports.

Currently, a chic mansion is on sale in Sydney, and the vendor gives potential buyers the possibility to purchase it with Bitcoin. A huge four-bedroom house, which also features an art gallery, is priced at $5 mln (which would cost around 570 BTC at press time). Such a move is unorthodox, but one expert claims that it would allow reeling in new buyers who are keen on Bitcoin.

Peter Maddison, who owns the piece of real estate under consideration, is himself a colossal crypto proponent who diversifies his investment portfolio with Bitcoin, Bitcoin Cash and Ethereum. During an interview with Financial Review, Maddison revealed that he is not bothered by the current market’s predicament, saying that Bitcoin is stabilizing.

Indeed, as U.Today has just reported, Bitcoin reached its lowest volatility level in over two weeks, giving hope to the market bulls that the king of crypto will soon witness another major momentum. Maddison also claims that it would be a very lucrative deal for those who jumped on the Bitcoin train early since they would get an impressive property for very little money. All the participants of the auction are allowed to bid in the Australian dollar and convert the sum to Bitcoin.

In 2017, Paul Hosking made history as the first homeowner to accept crypto in exchange for this house. He sold his property for $2.5 mln back in the day. However, he had very little success actually selling it since there was very little awareness about Bitcoin despite the currency reaching its peak back in December 2017 and getting tons of media coverage.

A selling agent John Garnett claims that the crypto crowd still shouldn’t be overly enthusiastic about real vendors accepting Bitcoin payments since this practice will take a long time to hit the mainstream due to a retentively small buyers poll and all the difficulties connected to transferring money in BTC. Another real estate agent Cheyenne Morrison claims it would take time for Bitcoin to become socially acceptable as a means of money transfer.