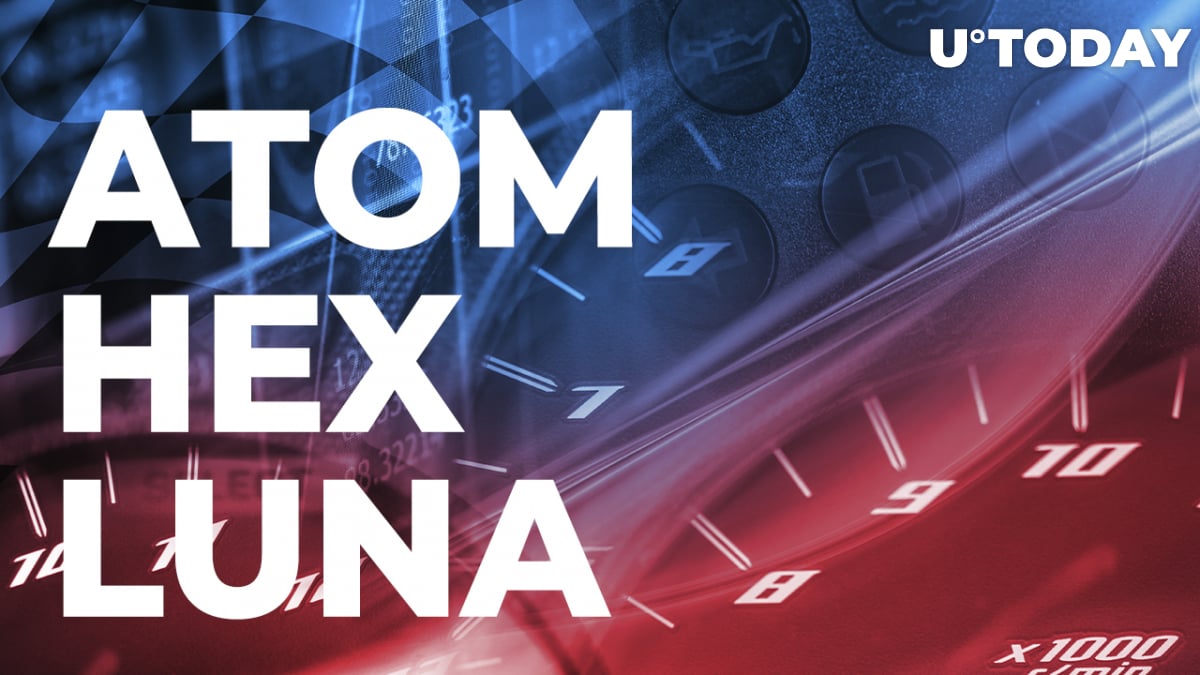 A short-term recovery rally has appeared on the cryptocurrency market with the majority of altcoins facing a slight rebound in addition to Bitcoin adding approximately 1% to its value. Leaders of the rally are altcoins like Cosmos's ATOM, HEX and Terra's LUNA according to CoinMarketCap.

If we look closely at ATOM's chart, it would be hard to determine that the larger part of the altcoin market is currently undergoing one of the strongest corrections in the history of their existence.

ATOM has been moving in a strong uptrend since the end of December the last year. A substantial uptrend on the market has been supported by both technical and market indicators like trading volume.

While ATOM is holding honorary second place among the leaders of the market, the HEX Certificate of Deposit on the blockchain is currently going through an 11% price increase on the market.

While ATOM was successfully going through a correction with a mid-term uptrend, HEX, unfortunately, could not keep the same attitude on the market and dropped from $0.3 to $0.2.

While LUNA is a bit behind its two competitors, it has still gained significant value during the last 24 hours, with an almost 4% price increase. Compared to ATOM, Luna has also been in a local uptrend but only after a short-term correction that concluded on Jan. 9.

Larger altcoins like Ethereum are also showing a slight rebound on the market with a 2.8% gain since yesterday's 4% drop caused by increased risks on financial markets.