Jack Thomas
?XRP is seeing some good gains, but could it be because Forbes has listed it among other major billion dollar companies in blockchain? 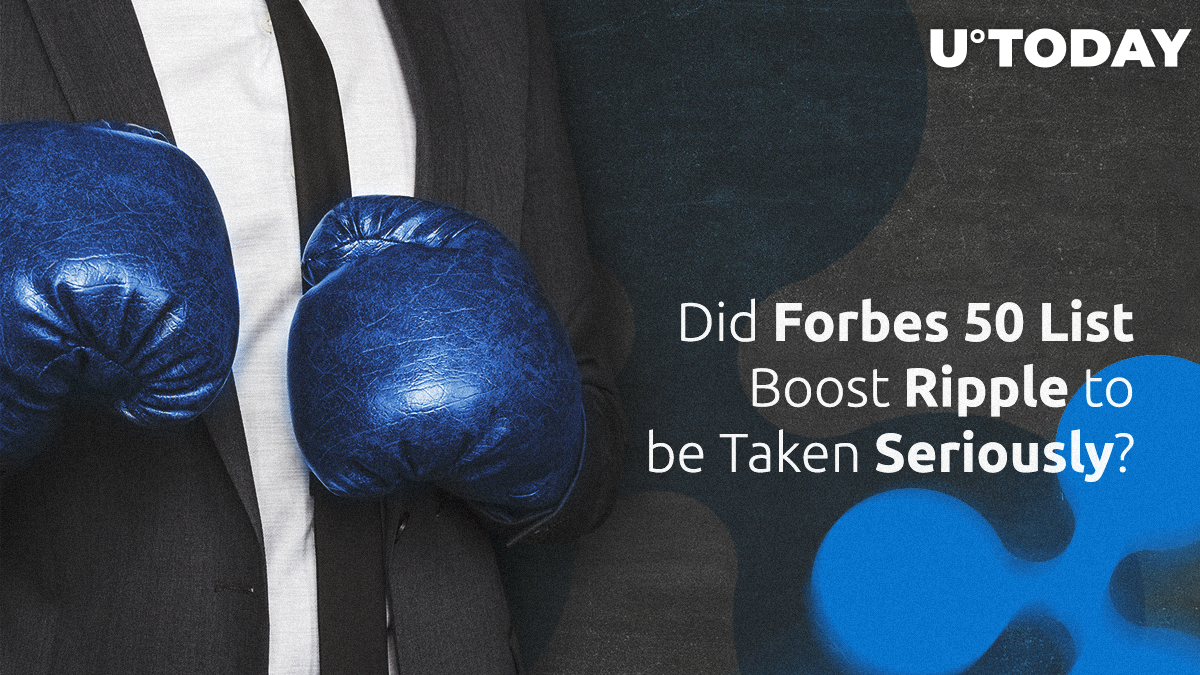 Ripple, and its XRP token, have always had a hard time being taken seriously by the Bitcoin maximalists and other ‘true’ crypto aficionados. The company has been focused on partnering with banks, which has been for a long time the scourge of the crypto market.

However, there has been a change in the sentiment around cryptocurrency and blockchain, with media houses like Forbes calling 2019 the year of enterprise blockchain, and one of rebuilding after the speculative boom and bust in 2017/2018.

Forbes has now produced a prestigious list of 50 enterprise business valued over $1 billion that are doing good things with blockchain and crypto, and Ripple is one of the few startups that are on the list. Ripple finds itself in the company of businesses like Microsoft, IBM, BP, Amazon and other multinational conglomerates.

So, while XRP and Ripple have been mostly viewed with suspicion within the cryptocurrency community, it could be that their appearance to the mainstream through the lense of Forbes is a lot better and brighter.

The blockchain list by Forbes is intended to inform about how much enterprise use of blockchain is actually going on from major companies, and some companies many would never have thought were involved in the technology.

There is no doubt that it is a boost for the technology underpinning cryptocurrency, but it would seem that even the XRP token is receiving a boost from this unearthing of institutionalised interest.

This legitimizing boost has been reflected in XRP’s increase in value of over six percent, but looking ahead, it appears as though there is chance for a bigger boom.

This upwards move firmly established XRP’s support level around $0.32, so one analyst believes that it may continue surging towards $0.48 in the near-future.

Ryan W, a popular cryptocurrency analyst, spoke about this possibility in a recent tweet, noting that XRP does face resistance levels at $0.38, $0.44, and $0.50, but also explaining that he expects the crypto to garner enough upwards momentum to break above at least two of these resistance levels with a price target set at $0.48.