Jack Thomas
✋??XRP’s price has found a spot between $0.30 and $0.34 that it is having problems breaking above, as well as below; what can trigger a move? 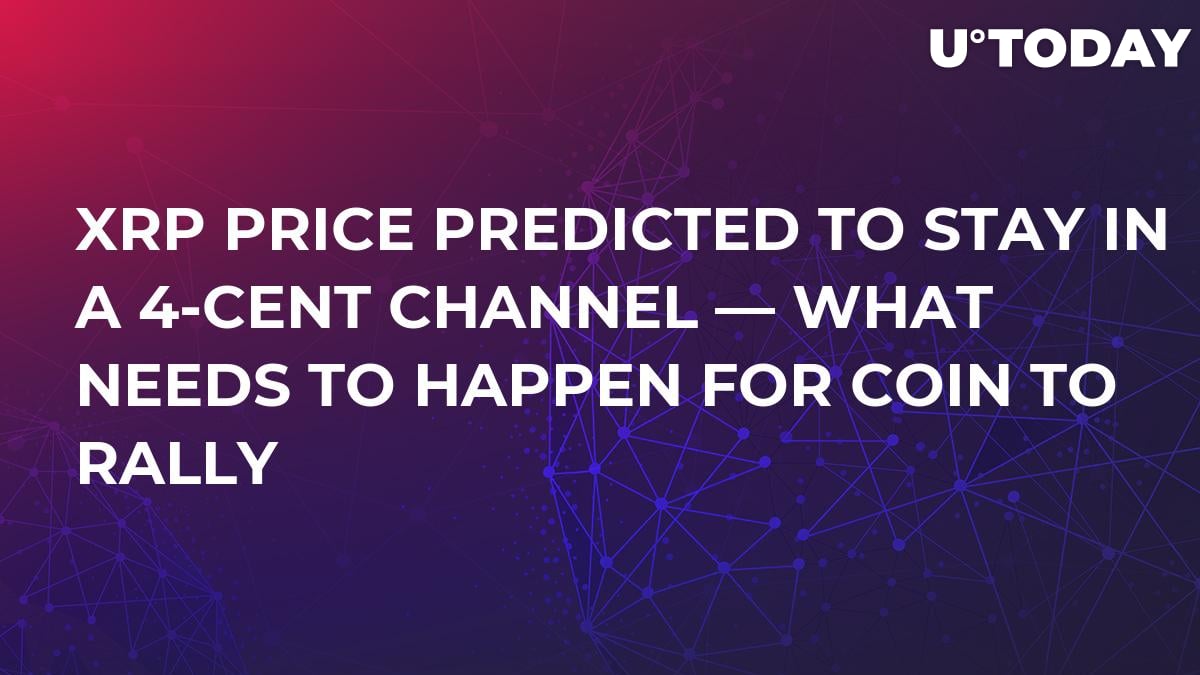 Ripple and its native token XRP have had a busy time in 2019 with a number of big and key partnerships being formed, however, the movement in price of the token has been relatively disappointing, getting stuck in a channel of about four cents.

Ripple has been aiming itself at being the best answer to a digital asset that can be used in interbanking conditions as well as across borders; because of this, the company has been seeking out major companies and financial institutions to align itself with.

This is a good move from a cryptocurrency and blockchain startup, showing positive growth along its roadmap. However, even with these good news boosts, the price of XRP has struggled to move out of this spot between $0.30 and $0.34.

Things like being listed on Coinbase Pro as well as popularity across investors in the general market have hardly shifted the price, so the question needs to be asked: what will it take to move and shake the XRP price?

Ripple’s performance has been dismal and lagging in the last few days. On the one hand, there are expectations that prices will head higher once Bitcoin recovers, but Ripple itself will not want to be so tied to the decentralised major cryptocurrency.

It has been building its own base up with the Coinbase listing and plans of venturing into the multi-billion gaming industry via Forte, but that has not pushed the price of the coin above $0.34.

News in the past year, through the bear market, was struggling to have an effect on the price of certain tokens, unlike in 2017 when the market was extremely bullish. Now, there is a small change in the sentiment, with some people calling it the beginning of crypto spring, but it has not been strong enough to ride on the good news that abounds.

What will it take?

The assertion that Bitcoin will lead the rest of the market is a tried and tested one. When Bitcoin is rallying, the remaining coins near the top of the Coinmarketcap rankings are never far behind. However, there has been talk of an altcoin season leading the way into crypto spring.

Certain altcoins, like Litecoin, Binance Coin, and EOS for a small portion of an example, have seen a successful beginning of 2019, and have been part of the reason why Bitcoin now finds itself over $4,000 for the second time since November last year.

If XRP was able to break its strong ceiling and get past the $0.34 mark in one of its own rallies, it may well be able to stay there with the strong altcoin sentiment at the moment. But, what it needs to get above that mark is still very unknown.