US Marshals to Auction Off $25 Mln Worth of Seized Bitcoin 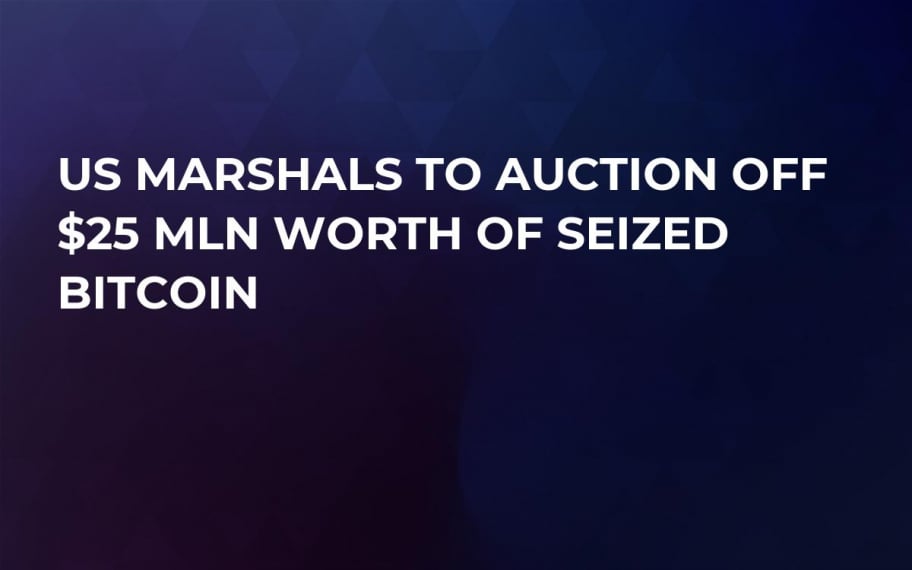 Digital coins that have been seized in a number of federal, criminal and civil cases will be auctioned off this month by US Marshals. It is estimated that the 2,170 Bitcoin that will go up for auction will be worth about $25 mln.

The Auction will be up for grabs for a six-hour period on March 19 and in order to be eligible to be able to bid, one needs to put up a $200,000 deposit.

Seventh of its kind

This will be the seventh Bitcoin auctioned performed by US Marshals, and the range of cases that these Bitcoin come from are wide and varied.

There is a list of the various sources of where the Bitcoin was seized from, including the infamous case of the secret service agent Shaun Bridges who was involved in taking down Silk Road but was also caught stealing over $800,000 worth of the digital currency back in 2015.

Another instance where Bitcoin was seized was the case where Justin Moreira pleaded guilty in connection with purchasing a firearm and silencer on a website for Bitcoins in April 2016. His seller turned out to be a federal undercover agent.

How it will work

The auction will offer 14 different blocks in which people can bid on. There will be two large blocks of 500 BTC each, valued at about $5.5 mln each. Then there will 11 blocks of 100 BTC, valued at just over $1 mln, and one block of approximately 70 BTC. Winning bidders will be notified privately the same day as the auction.

The US is not the only country that has participated in these Bitcoin Auctions with the likes of Ukraine, Australia and South Korea also setting up auctions for seized Bitcoin.