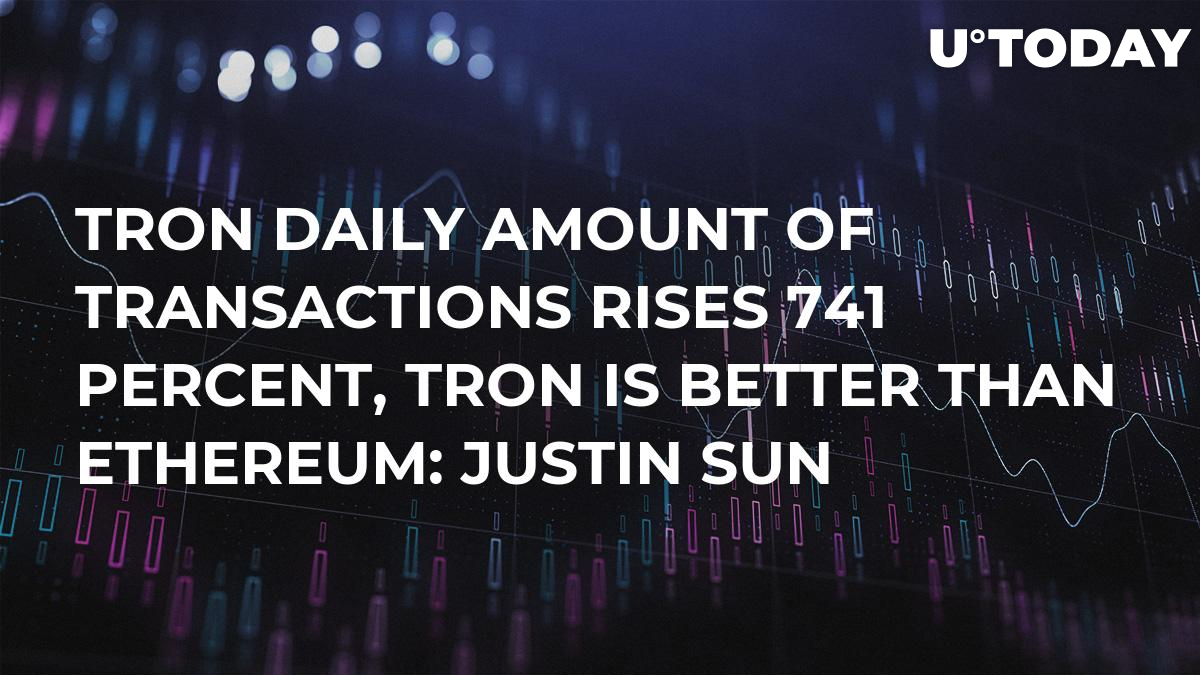 On Thursday, the Tron team published a post on meduim.com which summarizes all the recent achievements of Tron after it had moved off the Ethereum Blockchain and celebrated its Independence Day. As of Wednesday, the number of Tron accounts totaled 282,589. In comparison with July, this is an increase of 1,431 percent.

If you compare this data with Ethereum, it will turn out that Tron now has 11 times accounts more that ETH. Now Tron, in this respect, is similar to EOS.

The maximum of transactions on the Tron network within a single day was achieved on Aug. 26– a spike by 751 percent since July, as was mentioned above. If you put this feature of Tron and Ethereum next to each other, then it seems that Tron is 31 percent ahead of Vitalik’s project’s capacity.

Apparently, Justin Sun, the Tron’s CEO, is eager to outperform Ethereum at any cost and in any area. A few days ago, Sun tweeted that Tron is 80 times faster than the ETH platform.

TRON is 80 times faster than Ethereum. With 14 years of experience, @BitTorrent is providing a world-class service to 100 million users in 138 countries. Add the two together and you get the largest and most advanced peer-to-peer network in the world! #TRONBT $TRX pic.twitter.com/EsQd34Vq4u

Today, TRON accomplished the election of all Super Representatives and launched the Tron Virtual Machine. He has also announced a lottery, in which the prize for the first place winner is 8,300 TRX