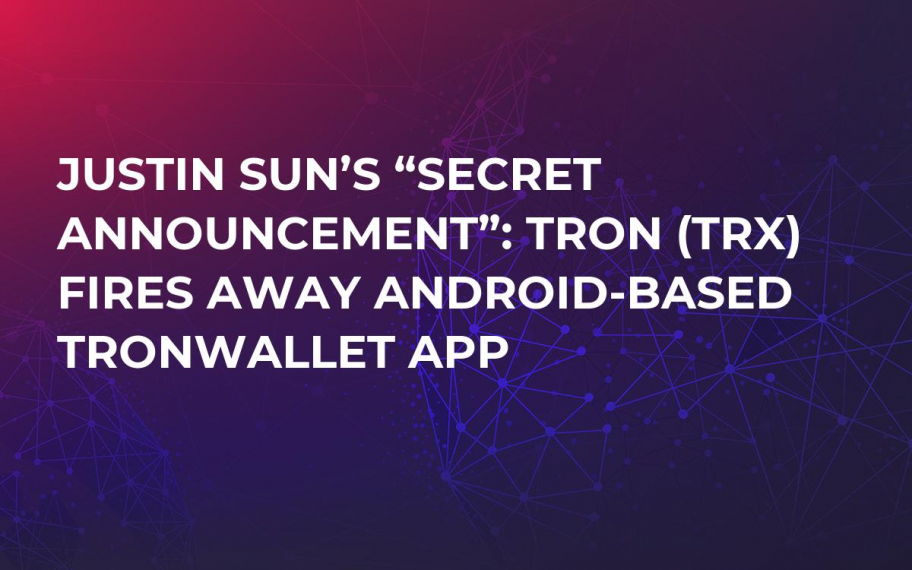 TRON Foundation recently has been widely promoting its platform and coin. TRX has been listed on various crypto exchanges, numerous partnerships have been made, the mainnet and the Tron Virtual Machine launched.

Justin Sun, the TRON CEO and founder, seems tireless in pushing his project forward and get TRX to be broadly accepted. Below is yet another thing the TRON team has come up with to make their network easier to use and more convenient.

The new app does not charge any fees for TRX transactions. This application is a totally decentralized 2p2 wallet, it does not require a login or sign up. It supports all TRON network operations and notifies users with push notifications as soon as transactions are validated.

The wallet was designed by Gett/IO Inc within several months. The storage software is developed mainly for modern AWS, Blockchain and javascript. The TRON Foundation supported the team with $200,000 to get the developers to work faster.

Aug. 1, is not only the birthday of Justin Sun, the man who founded TRON but it is also the birthday of the TRON project itself– it was launched exactly one year ago, on Aug.1, 2017. Besides, Sun promised to make a “secret announcement” regarding the TRON network, by the end of July.

Here you are- the new TRON wallet has been presented to the community.

The coin now holds the top 10 place among crypto assets and boasts a community of two mln users.