Three Reasons That Could Push EOS, Ethereum, Litecoin, and Others into a Bull Run

Alex Dovbnya
The latest rally in the cryptocurrency market has been one driven by altcoins, as well as a long standing one — is a Bull Run imminent? 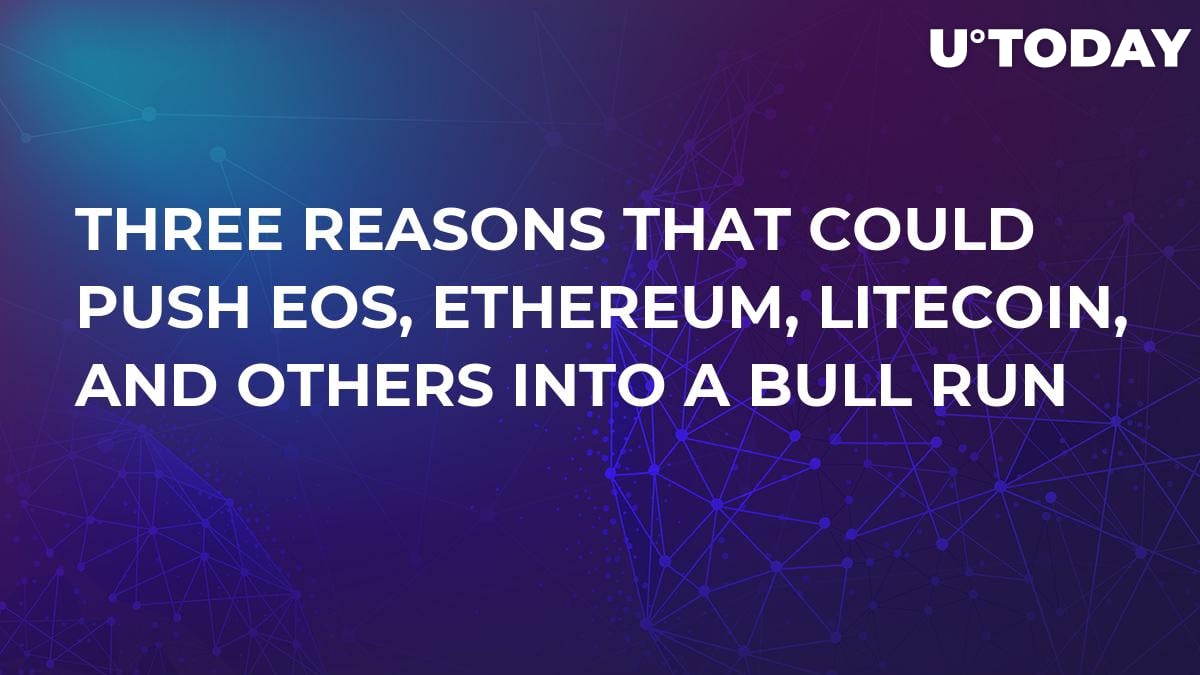 The last seven days have been overall quite positive for the entire cryptocurrency market with the head of it, that being Bitcoin, almost crossing the $4,000 mark. However, while Bitcoin still has major sway over the way in which the market moves, it could be that an altcoin season is brewing.

The likes of EOS, Ethereum, Litecoin, and even a few others have been instrumental in propping up the market with positive price moves, and what is more, they have found points of support and managed to stay above them for an extended period of time.

In these last seven days, the coins mentioned above have moved thusly: Bitcoin is up 9.84%, Ethereum is up 21.24%, Litecoin is up 23.13%, while EOS is up 35.72%. These are impressive numbers in what has been termed a cryptocurrency winter.

But, are these movements, and the extended rally, enough to suggest that the bearish market is under threat? Well, there are a few reasons to believe so.

So, while the cryptocurrency rally of the past week has propped up some coins with significant gains, it has also shown it is not only a lengthy rally, but a wide one too. In the top 100, only seven cryptocurrencies dropped in the last seven days, while 93 advanced.

Again, it is indicative of the power of other coins, not just Bitcoin, moving the market. Bitcoin has played its part, probably ending the spike when the $4,000 resistance was tested, but it has not been a rally that has relied on one coin, and thus it has been able to spread throughout the entire market.

Another reason why this rally may be a change in fortunes for cryptocurrencies is that there has been a lot of positive news about blockchain projects being used in enterprises. Companies and people are looking to make partnerships with blockchain projects, some of them in the top 10 of the market cap ranking.

There is the partnership between Mastercard and the fintech startup Stellar, a Western Union and Ripple project, and the introduction of a NASDAQ Bitcoin index. Even JP Morgan is starting to use blockchain for their own cryptocurrency, giving legitimacy to the underlying technology.

The bull run could really start to kick off if the key resistance of $4,000 for BTC is broken and the major cryptocurrency can stay above that mark. It would represent the first time since November last year that Bitcoin has managed to break a $1,000 resistance mark and would spread positivity.