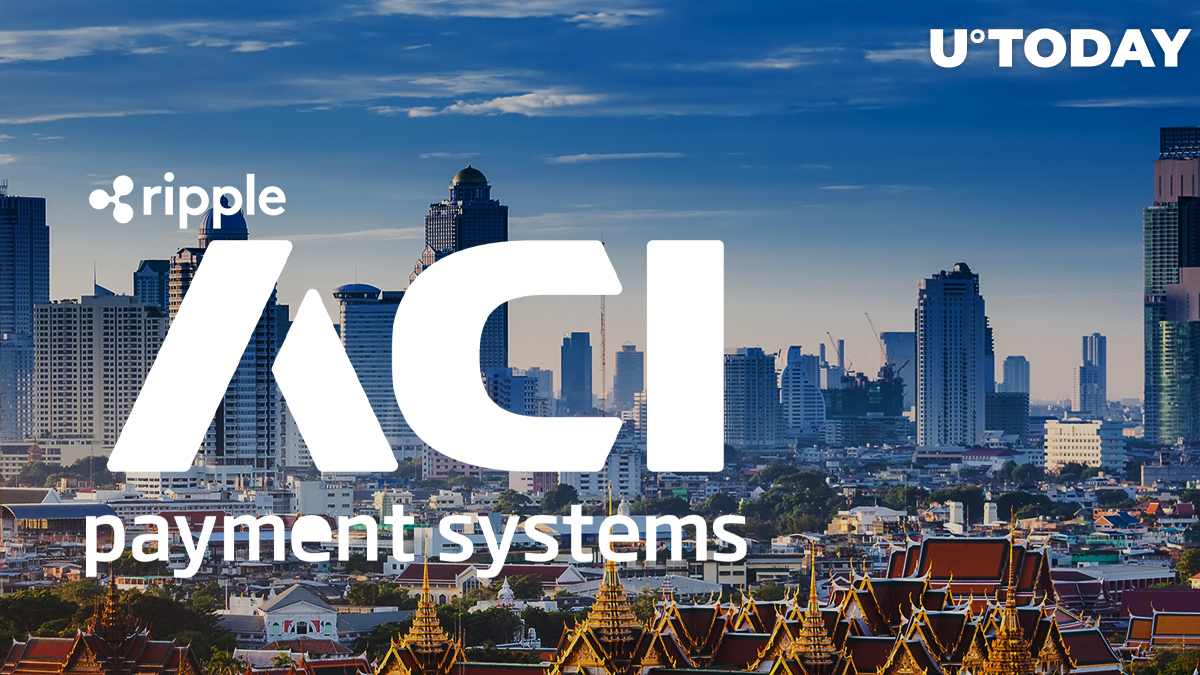 According to an article published by Business Wire, RippleNet member ACI Worldwide has partnered with ITMX (Thailand’s National Interbank Transaction Management and Exchange) to help it modernize the system of real-time payments for banks in the country.

ITMX is a body governed by the Central Bank of Thailand (BOT).

ACI Worldwide is a Ripple client and a major global provider of software and solutions for real-time digital payments.

Today it has spread the word about collaborating with ITMX, in the course of which the latter successfully integrated one of the company’s solutions for real-time payments as part of the program for upgrading payment processing system for banks of Thailand and to ensure its further expansion and growth.

The company’s solution titled ACI High Value and Low Value Real-Time Payments is being used for that purpose, as well as for enhancing B2B payments and ensuring ISO 20022 compliance.

ITMX is governed by the local Central Banka and co-owned by Thailand’s biggest commercial banks.

The body is in charge of developing and improving the local infrastructure for digital payments conducted with cards and without them, as well as payments between bank accounts, etc.

ACI’s payment solution has been now integrated with over thirty banks (members of ITMX).

In 2020, the bulk payments system of ITMX processed almost 100 million payment transfers worth $143 billion. That was sixty percent in transaction volume and eight percent in total value.

This payments infrastructure is utilized for corporate payments, including securities, payroll, tax refunds, etc. The government of Thailand also uses it for its welfare programs, including citizen welfare fund, subsidies for farmers and the relief fund for the Chinese pandemic aftermath.