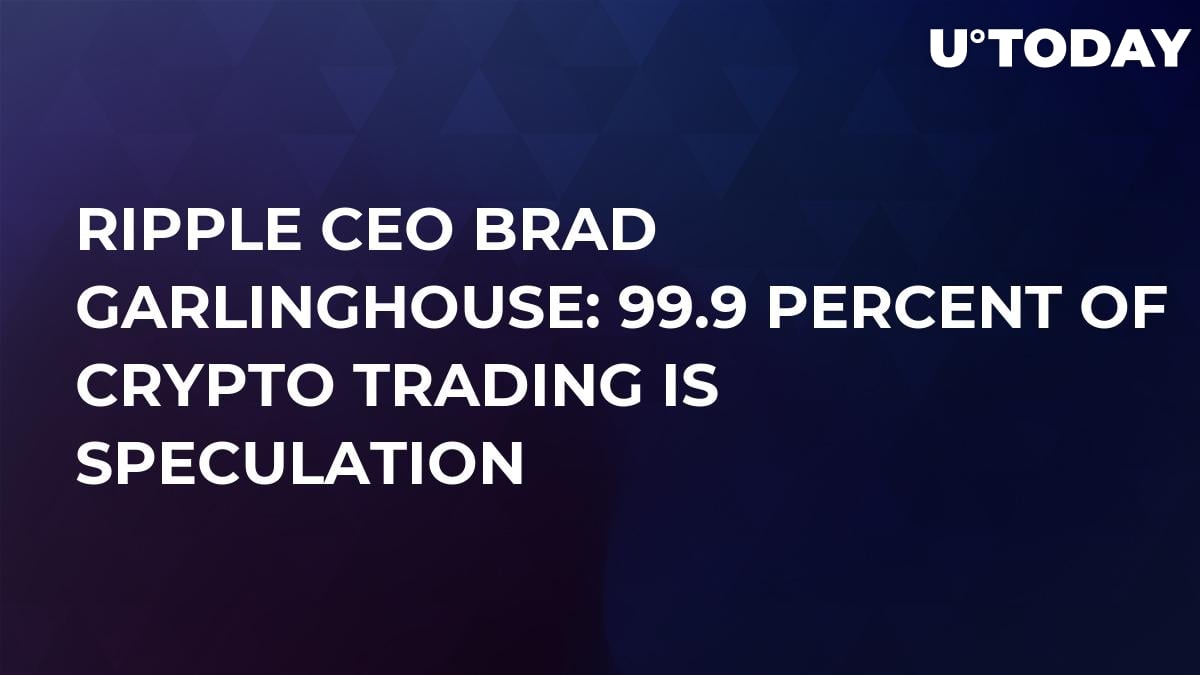 On Oct. 8, Ripple CEO Brad Garlinghouse made a bold Peter Schiff-like statement about 99 percent of cryptocurrency trading being the result of price speculations during his interview at The Economic Club of New York.

Galringhouse claims that the hype got ahead of reality while commenting on the previous bull run, but he points out that crypto is still in the early stages of its development.

He further adds that the value of any digital asset will be related to its utility in the world given that it aims to fix "slow and expensive" cross-border payments. The existing solutions like SWIFT fail to solve this problem, according to the Ripple boss, which subsequently puts his company in a great position.

No need for SWIFT

While some might argue that Ripple's price volatility might prevent its adoption by financial institutions, Galringhouse says that their transactions are so fast that there is no need for a hedge like SWIFT.

"With XRP, it's happening so fast that you don't really need to hedge it because you're in and out of it in a few seconds."

Galringhouse admits that he didn't look at the price of XRP before the interview. During his appearance with CNN, he insisted that Ripple could control the price of its token in the price of manipulation accusations.

Galringhouse doesn't deny that Bitcoin is decentralized, but this word comes with an asterisk given that 80 percent of mining operations are based in China, the authoritarian country that attracts miners with its cheap electricity. The BTC Blockchain could be changed if somebody pulls off a 51 percent attack.

However, as reported by U.Today, Bitcoin Core developer Greg Maxwell said that the 51 percent couldn't be fixed without making Bitcoin more centralized.