Alex Dovbnya
?⛓️?Ripple wants to disrupt micro-transaction economies in the gaming industry with the help of Blockchain while propelling the adoption of XRP 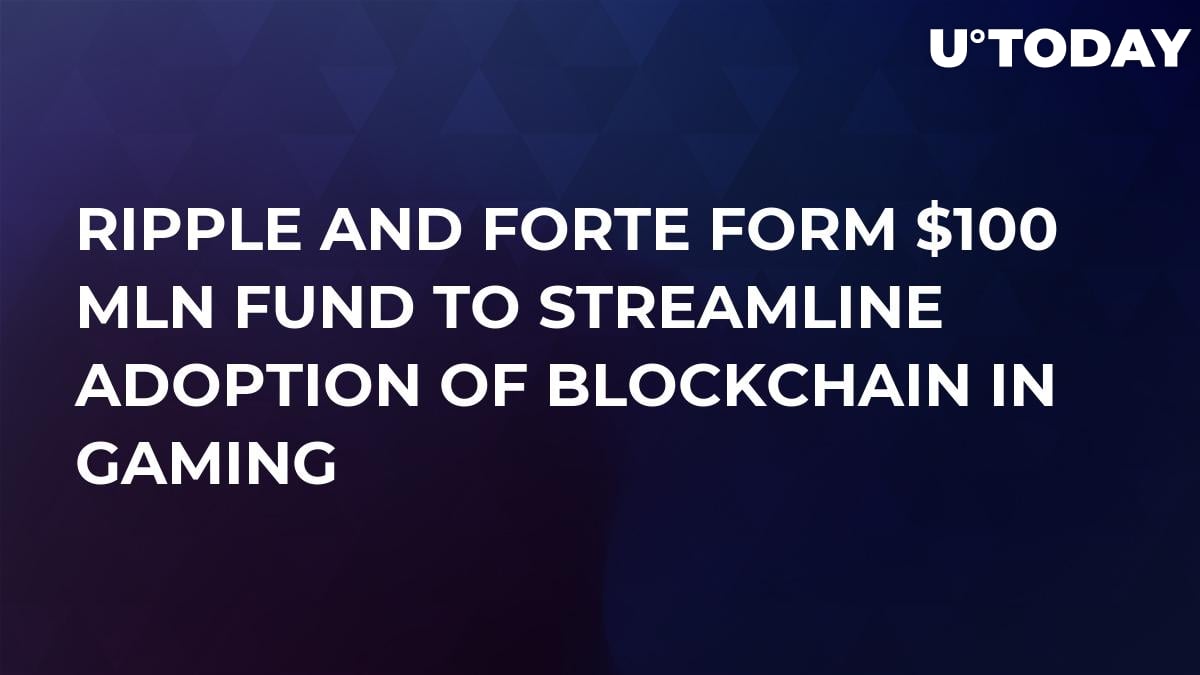 Ripple has teamed up with San Francisco-based startup Forte in order to disrupt the gaming industry. Their $100 mln fund will provide monetary help to developers who are able to apply Blockchain technology to their games.

Forte, which is backed by such big names as Andreessen Horowitz and Battery Ventures, is focused on building decentralized platforms for gaming. The company’s team was founded by well-known executives who were behind some of the top grossing games. According to Forte’s Brett Seyler, the $140 bln gaming industry, which mainly relies on micro-transaction economies, will greatly benefit from Blockchain. The disruptive technology is capable of making these economies much more scalable.

According to Ripple’s Ethan Beard, the gaming world has always been keen on new technologies, and Blockchain could help game designers create peer-to-peer (P2P) economies.

While video games represent one of the biggest industries in the world, people still turn to eBay or third-party websites in order to purchase gaming goods. The introduction of Blockchain would make it much easier to perform such transactions inside the ecosystem.

Meanwhile, gaming dApps are still struggling to pick up steam with very few active users. For example, CryptoKitties, ‘the killer app’ of 2017, went from selling kitties for $100,000 and congesting the Ethereum network to having more developers than actual players. With that being said, CryptoKitties did show that Blockchain could be a great solution for in-app payments, and their legacy will live on.

Streamlining the adoption of XRP

Ripple’s initiative Xpring, which invests in startups that utilize the company’s technology, will offer the grants to game developers in the form of its native token XRP in order to increase its adoption. Beard reveals that some of their grants could be worth millions of dollars.