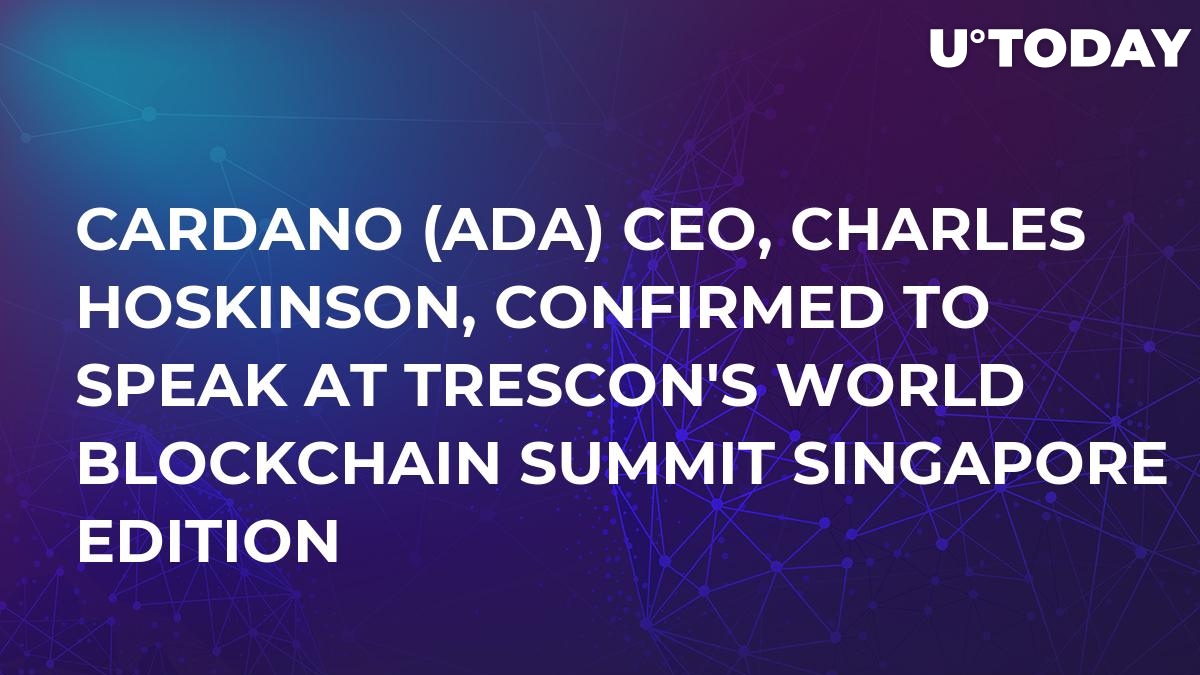 World Blockchain Summit is marking the global series’ entry into the APAC zone with a primary focus on economic growth and government regulations.

Hoskinsonwas the Co-Founder of Ethereum up until June 2014, before leaving to start IOHK, now home to the fifth-largest (in market cap) cryptocurrency. The creator of Cardano, a scientifically improvised cryptocurrency and blockchain platform, will be taking the stage to emphasize the need for digital currencies and blockchain at the governmental level, to minimise operational bottle-necks.

Head of International markets for Binance, Ted Lin, is keen on quoting the demand for regulated exchanges to facilitate the trade of cryptocurrencies, in order to protect investor rights, at the summit.

Kimble Ngo, Speaker, Actor and ICO/Blockchain Advisor, said that “The major shift that distributed ledger technologies brings, is the mind-set that can make our world more equitable and reliable for the future generations to come”.

The summit has partnered with organisations and committees dedicated to implementing blockchain technology and ledger based training. Organisations such as the Association of Cryptocurrency Enterprises and Startups Singapore (ACCESS) and the Singapore FinTech Association (SFA) have been providing resources, data and knowledge based training to startups, SMEs and financial service institutions, in order to strengthen blockchain adaptation and to digitize the economy. Both the organisations will be present at the summit, to talk directly to the industry and the government, to facilitate a shift in the current stagnation the industry is facing.

Asst. Professor from the Singapore Management University, Dr Eliza Mik, says that “Given the lack of standardised definitions of crucial terms such as ‘blockchain’, ‘smart contracts and a multitude of various other terminology, it is impossible to generalise. Each blockchain and smart contract must be analysed individually”, over an exclusive telephonic interview.

The summit will also be the venue for the Fenox Ventures Startup World Cup Regional Qualifiers. On this stage, registered and pre-approved startups will deliver their corporate pitch in front of a panel of leading industry experts. The winning pitch will win an all-expenses paid trip to the Startup World Cup in San Francisco, where the winner will walk away with a whopping US$ 1 Million prize.

Mohammed Saleem, CEO of Trescon, says that “The nation of Singapore has always been a technology hub in the entire APAC region. Their prowess to embrace futuristic technologies is displayed through their state of the art infrastructure and technological landscape. Blockchain has a bright future in South East Asia, and the journey will begin in Singapore with the help of Trescon”, when asked about the decision to hold the summit in the ‘Land of the Lions’

Other notable speakers, who have confirmed their participation, include Alex Medana, CEO of FinFabrik, Hong Kong: Anson Zeall, Chairman of the Board for ACCESS; and Vladimir Nikitn, Advisor to Top Global ICOs.

The summit will also be conducting the ICO Grand Slam, where startups can pitch their idea and products in front of a panel of investors and VCs, and stand a chance to raise up to US$ 2 Million.The 2 Day summit will host panel discussions, technical keynotes and networking rounds, as well as a dedicated venue to display the latest trends in blockchain technologies.