Yuri Molchan
On Monday, the crypto community bubbling with the rumors that Binance was to delist the USDT stable coin. Possible explanations were Tether’s troubles with the bank 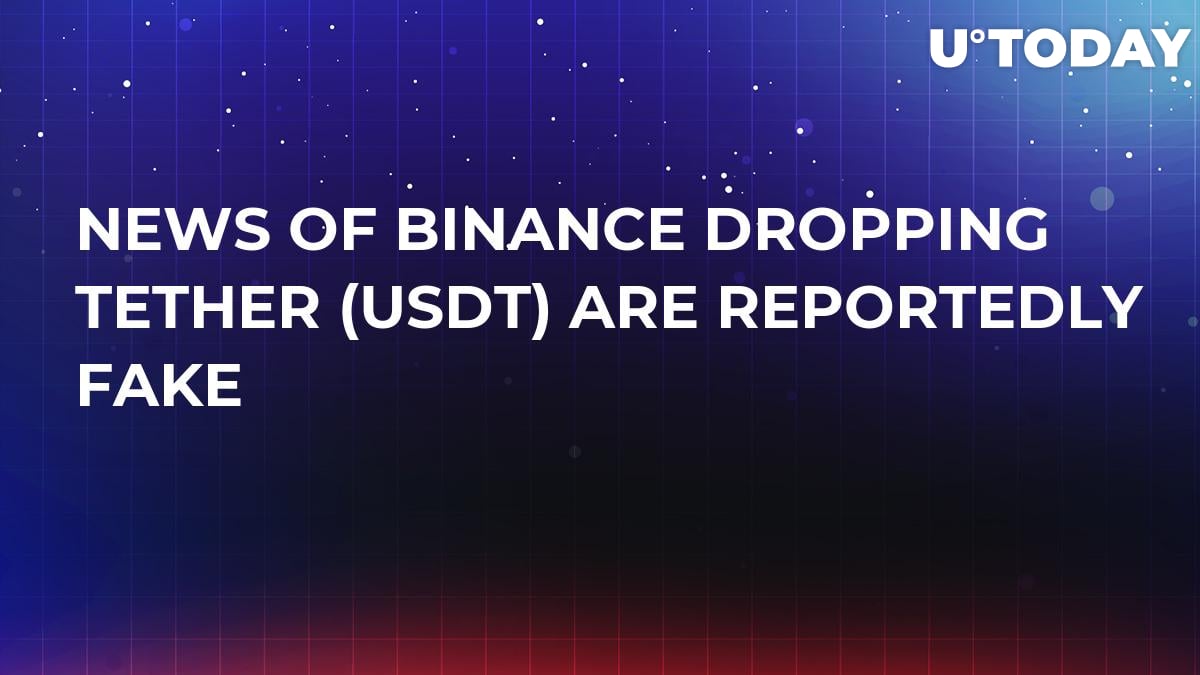 On Monday, the crypto community has been bubbling with the rumors that Binance was to delist the USDT stable coin. The possible explanations were Tether’s troubles with the bank and lack of solvency. Besides, Monday has been marked with a tremendous USDT sell-off, which popped Bitcoin up to its high of $6 672,87, based on the Coinmarketcap.com data.

Apart from Binance, KuCoin was also reported to be delisting Tether. Later it proved to be a fake since KuCoin only suspended deposits and withdrawals with the coin.

Binance chucking USDT was also clarified and reportedly proved to be fake.

Nevertheless, currently, the Tether stablecoin is having not the best period of its existence.

FAKE: Saw this floating around and it's an obvious fake. Binance is VERY politically correct and will never write "Tether big scam" (it doesn't even make grammatical sense). This is just as bad as the "Vitalik is dead" scam last year. @cz_binance @binance pic.twitter.com/bd9Anvclmt