Mining Apps to be Deleted From Play Store, But Will Anyone Care?

Alex Dovbnya
According to Google’s updated policies, all mining apps will be removed from Google Play 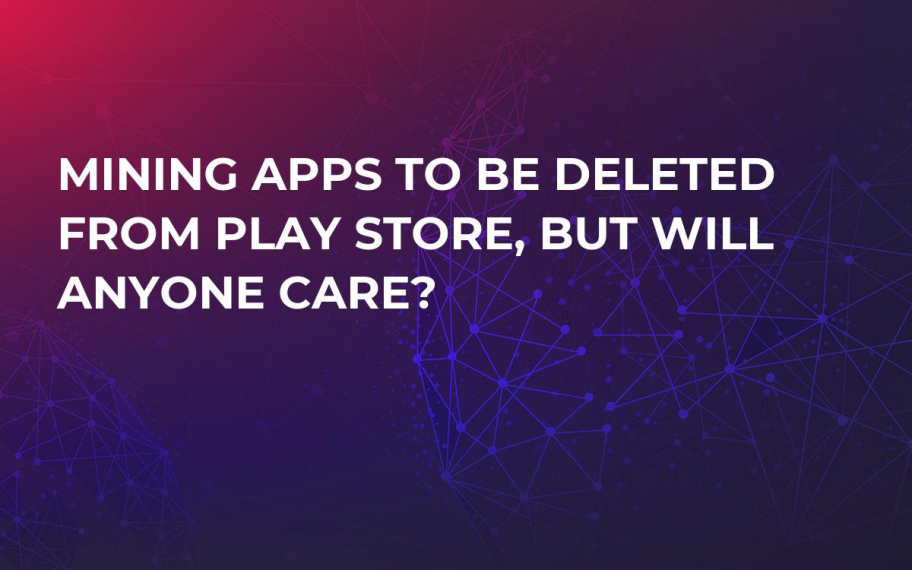 The end of mobile mining?

In April, Google also made headlines by banning Google Chrome mining due to their malicious nature. Now, the tech giant continues its crackdown by removing mining application from Play Store. It is worth mentioning that, just like in the case of Apple, only on-device apps will be affected by Google’s updated policies. Cloud mining is still allowed since it lets users mine Bitcoin (BTC) or any other cryptocurrency without managing your smartphone that may function as mining hardware.

Nothing of value was lost

The question remains, who uses cryptocurrency mobile mining apps in 2018 anyway? Mobile mining will hardly bring any visible profit in the industry dominated by powerful ASIC chips. Even flagship smartphones won’t give you more than one Mh/s.

On top of that, there is really a room for concerns when it comes to Android miners. In December 2017, there was an infamous malware, dubbed Loapi, which could recruit your device to mine crypto. This strain of currency-mining Android malware was so aggressive, that it would literally burn, the smartphone batteries of gullible users making it split the phone case. Hopefully, the new Google policies will prevent the appearance of new mining scams.