Darryn Pollock
Litecoin was the leader in last week’s market rally; this is good news in general as it shows shift towards the importance of currency. 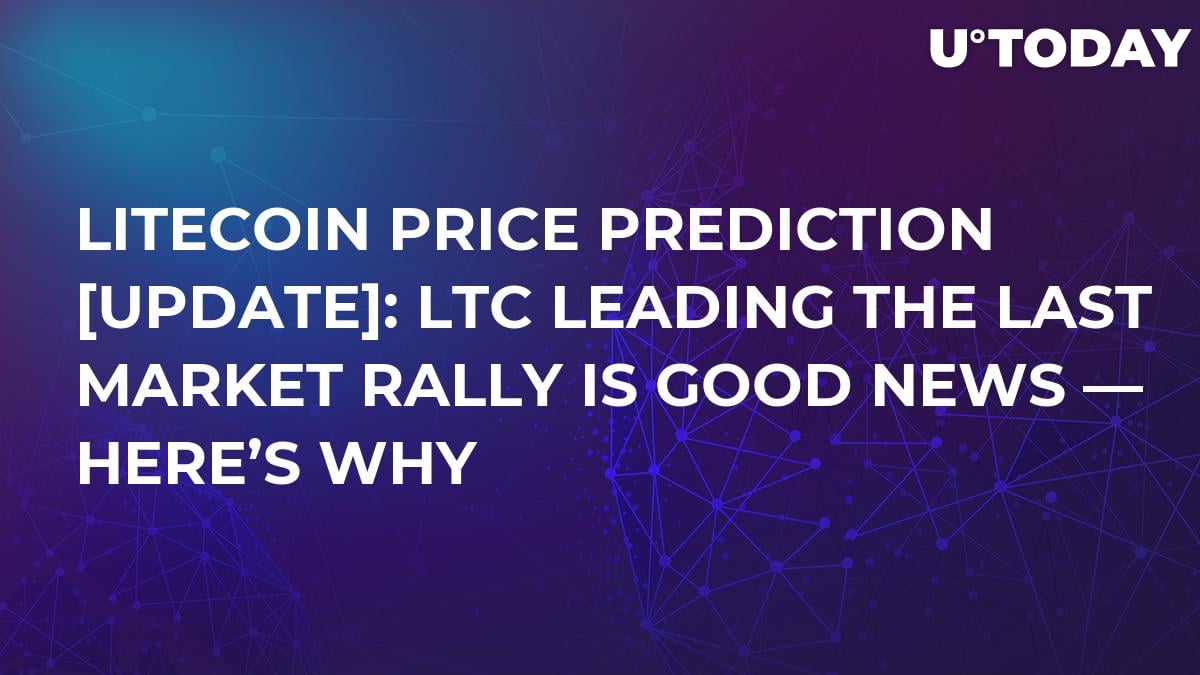 Last week was a fantastic week for Litecoin, once seen as the silver to Bitcoin’s gold, as it rallied 30 percent in a surge that helped many other top coins also pick up some solid gains. The growth for Litecoin could be attributed to the foundation’s partnership with software development firm Beam to explore a new protocol called “Mimblewimble” that will improve privacy and scalability.

But what is more important to note is that this boost for the cryptocurrency that is aimed at being a quick and easy functional cryptocurrency is that there is a lot of excitement surrounding these kinds of improvements.

Bitcoin has so often been the leader in terms of market fluctuations, but when another coin takes the lead in big boosts, it makes sense to dig a little deeper. For Litecoin, the possibility of a better performing digital currency seems to be boosting excitement in the market, much more than the investability, and the ‘digital gold’ status that Bitcoin has had for so long.

Litecoin had been languishing for a while, slipping down the stakes in the market caps, as well as falling out of favour in the media and news. However, Litecoin jumped to the fourth position by market capitalization following the spike on Feb. 8.

Litecoin's rapid rise saw it overtake first Bitcoin Cash, an offshoot of the original Bitcoin, and then EOS, an Ethereum rival, moving into fourth place on the list.

"We have started exploration towards adding privacy and fungibility to Litecoin by allowing on-chain conversion of regular LTC into a Mimblewimble variant of LTC and vice versa," Beam wrote in a Medium post. "Upon such conversion, it will be possible to transact with Mimblewimble LTC in complete confidentiality."

It may seem like a small thing, but the fact that Litecoin has made a big leap in its growth and signed a rather important partnership shows that there is a lot of interest in a workable cryptocurrency coming forward.

Many enjoyed the run Bitcoin had in gaining value as they dove into investing and hoarding the coin as a digital gold. But now, with Litecoin being much more spendable and gaining value, perhaps the perception is changing to people wanting to spend digital currencies, and thus make the market far more liquid and healthy.