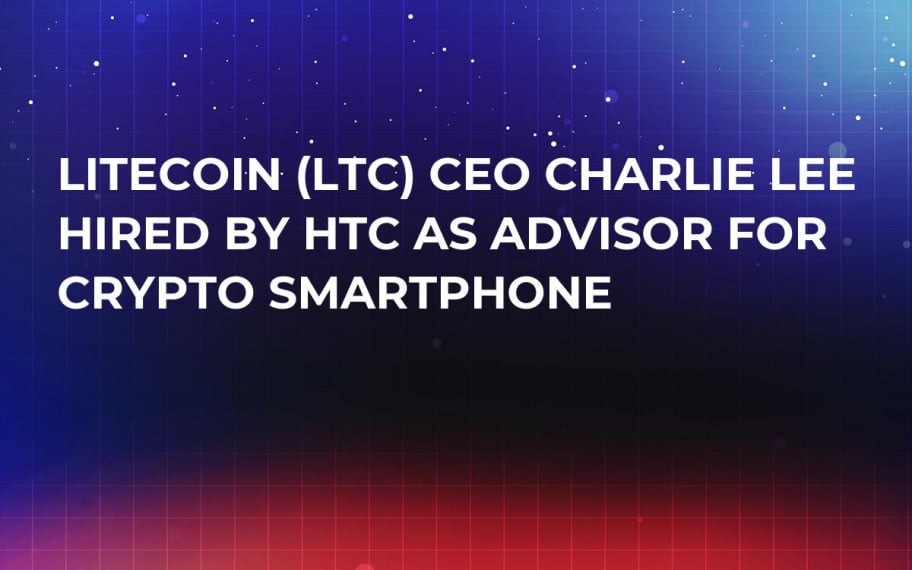 Exodus distributed ledger smartphone, intended to be launched in fall 2018, is expected to be the first telephone to work with decentralized applications with an increased security level.

HTC reps say that having acquired a huge experience in the production of smartphones, the company now wants to try and reform the global web and bring the dream of decentralization of millions of people on earth to life.

The Exodus smartphone will target users of virtual coins, providing them with various handy features. Besides, each of these devices will combine functions of Bitcoin and Ethereum nodes/wallets for storing users’ crypto savings or investments.

Lee tweeted that he had a meeting with the HTC team a week ago and, apparently, an arrangement was made for the new smartphone to support LTC and Lightning Network on LTC. From now on, Mr. Lee will work as an advisor to help promote the Lightning Network technology into masses.

Met the HTC Exodus team last week and was really excited to hear the phone will support LTC and Lightning Network on Litecoin natively! I will be an advisor as I see having a secure crypto phone that makes LN simple is needed for mass adoption.

P.S. No, they will not remove BTC. https://t.co/WQcygPVst0

The Chief Officer for the HTC Exodus project has announced on social media that he is happy to work with the Litecoin creator and the co-founder of the Lightning Labs, Elizabeth Stark, who is also to join them.

Competitors on the horizon

HTC is not the only company preparing to launch a DLT smartphone. Sirin Labs, a Swiss, startup, also intends to release their Finni Blockchain telephone at the end of the year. Over 25,000 devices have been pre-ordered already.