Yuri Molchan
The ban that the RBI laid on banking operations regarding crypto startups is now bringing its fruits. Zebpay has stated that it has shut down all trading operations 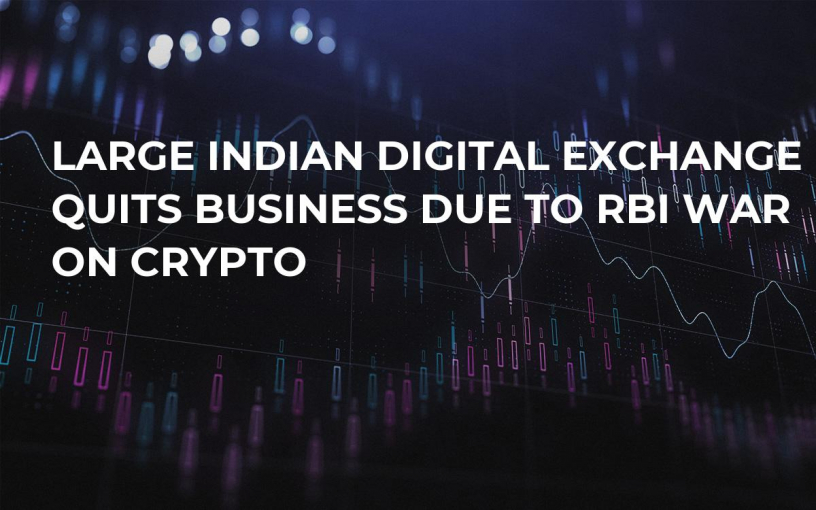 The ban that the Reserve Bank of India (RBI) laid on banking operations regarding crypto startups in spring is now bringing its fruits. Zebpay, a law-abiding exchange with an implemented KYC scheme, with millions of downloads on Android last year when in autumn the crypto prices reached their historic highs, has stated that it has shut down all trading operations.

Zebpay stops operating at 4 p.m. Indian time on Friday. On its Twitter account, the team announces that all unexecuted order will be canceled and coins returned to customers’ vaults will be withdrawn later. Even though the exchange has switched only to P2P crypto trading, the burden of the RBI ban seems to be too heavy for it.